We have to admit that Romania did not make it easy for Serbia to keep up.

Most of the time when we access a new country, the first few days are accompanied by a feeling of newness, even insecurity but curiosity at the same time (especially for supermarkets). I think these feelings is what constitutes the challenge of travelling. Which words to use, how to pronounce, the form of greetings and other gestures, new faces and expressions to deal with. It is a beautiful challenge.

This time, the feeling was additionally filled with a the beautiful memories of Romania – obviously for Serbia this was a difficult position to start with. However finally even some tears were running when we left Serbia after almost a week, the Serbs and their country deeply locked in our hearts.

The country is very different from the places we have seen so far, and especially Romania, with it’s cozy villages made up of small but beautifully framed houses. Serbia seemed much less densely populated to us. There were long roads through hilly lands and we didn’t see many people. For the first time we put on our headphones while cycling without having the feeling of creating a distance between us and the people – since there were almost none. Like this we enjoyed the nature and the sound made the feeling complete.

The villages and even cities in contrast often looked somehow incomplete. houses are bigger here than in Romania but therefore doors, windows, even the plaster is missing. Many houses are simply build of grey concrete waiting for colour to be banished from grey. Newer ones are more sterile, maybe minimalistic, but I preferred the small scale beauty in Romania. Whereas it was often similarly (economically) poor, it felt more alive and filled with the love of the people. To me many Serbian houses looked like unfinished and despite people lived there it seemed abandoned. (Don’t get me wrong here, I know that often financial reasons make it impossible to e.g. rennovate a house but also the rich and new houses gave me that feeling.) 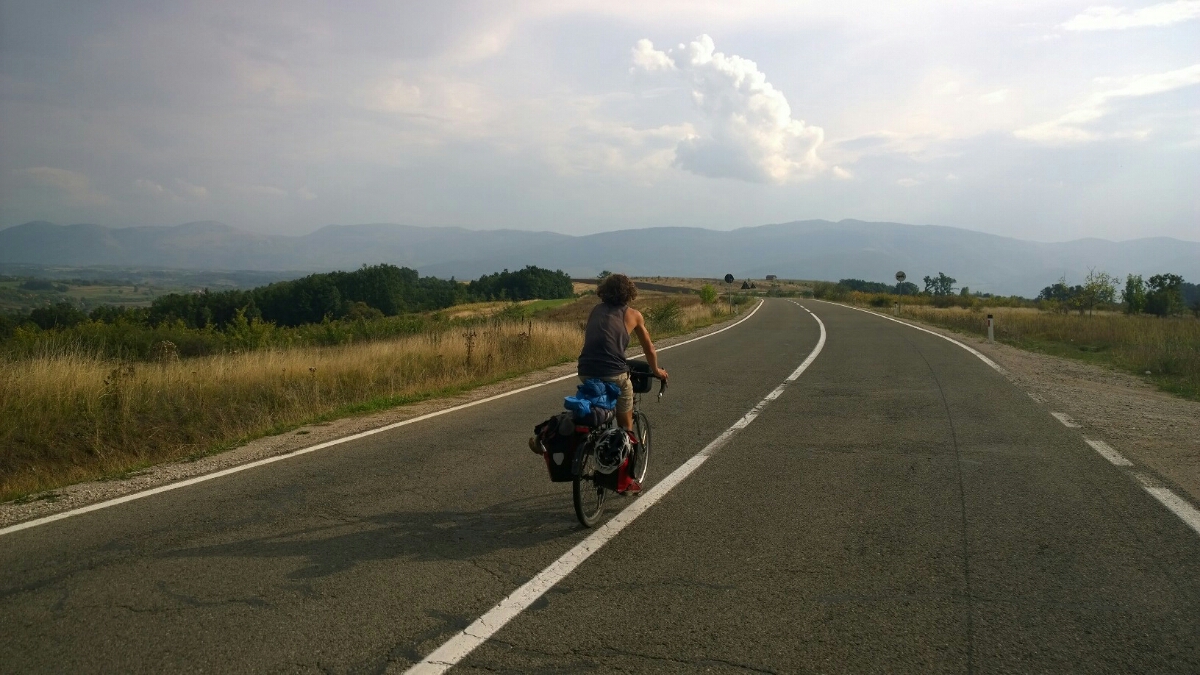 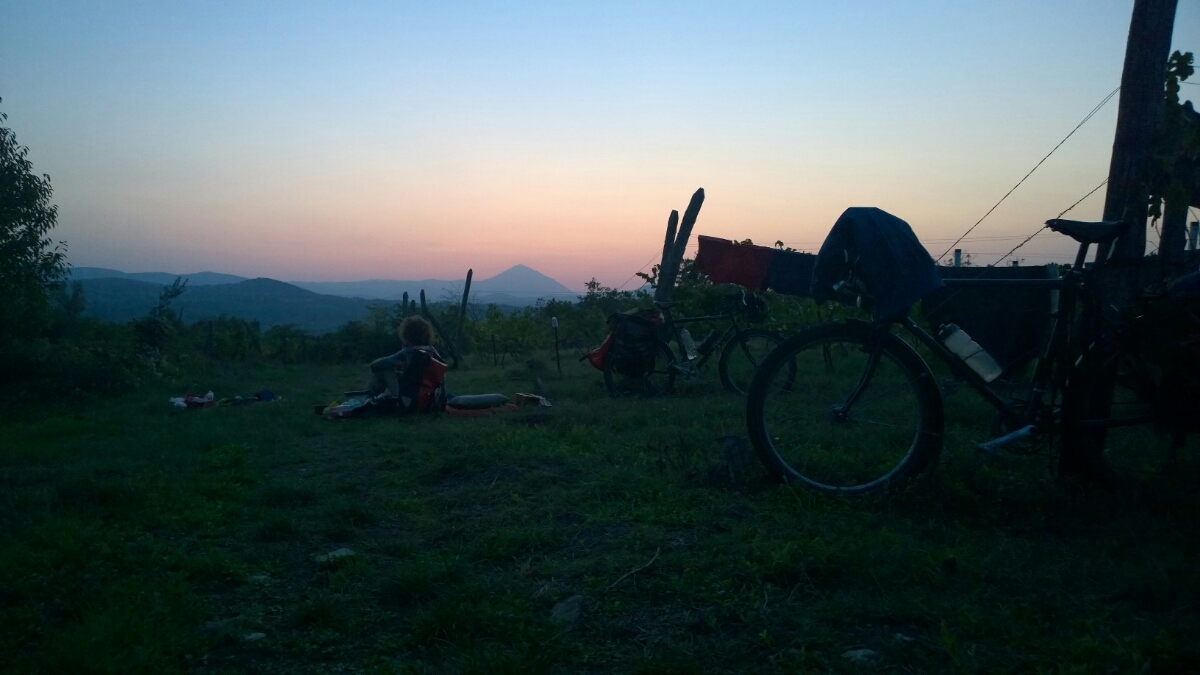 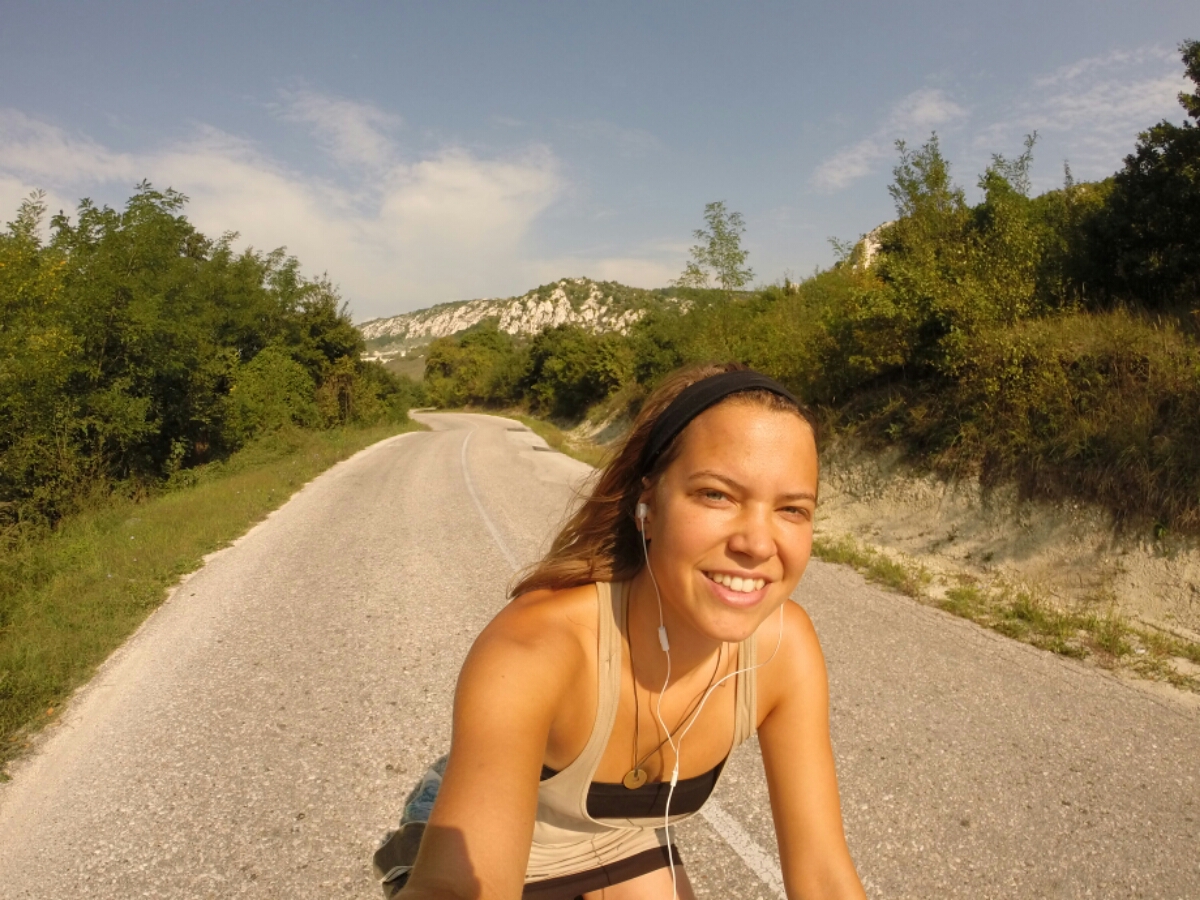 However wherever we went, people greeted us warmly. And – exceptionally so far – with joyful and vibrant spirits. We met a man working for the national park near Donji Milanovac, who told us enthusiastically how the Danube dam was build, how it was transformed from a rapid, tearing stream (with professional skippers required to manoeuvre the ships through) into a wide slow lake-like river as it is today.
The first night in Nis we stayed with Tamara and Nikola, two really cool couchsurfers (and I also met my friend Guru again). The next day one man from planet-bike.rs, generously helping me fixing my bike. With him it was just fun being around and while waiting we met several inhabitants of Nis and also Hirooki, a traveler from Japan who quit his job for a one-year around the world trip. 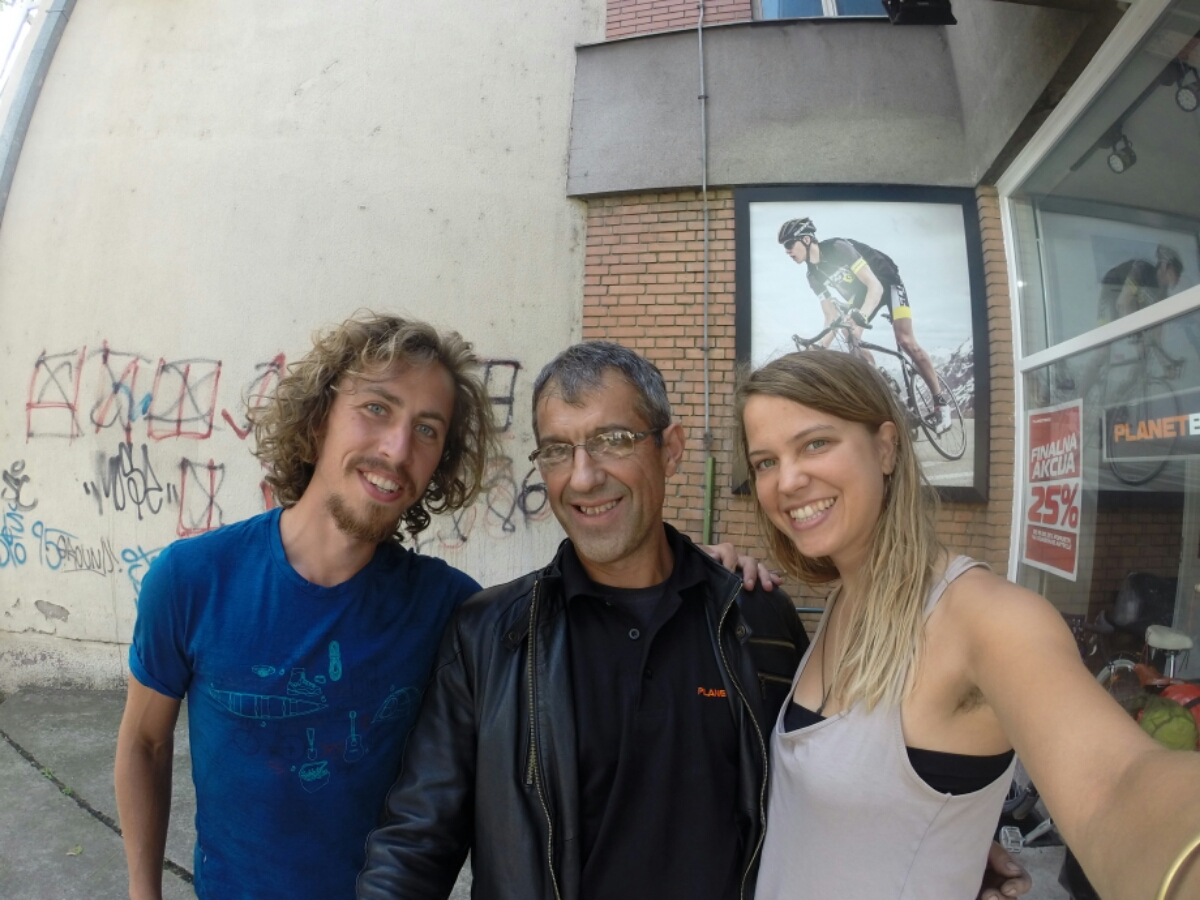 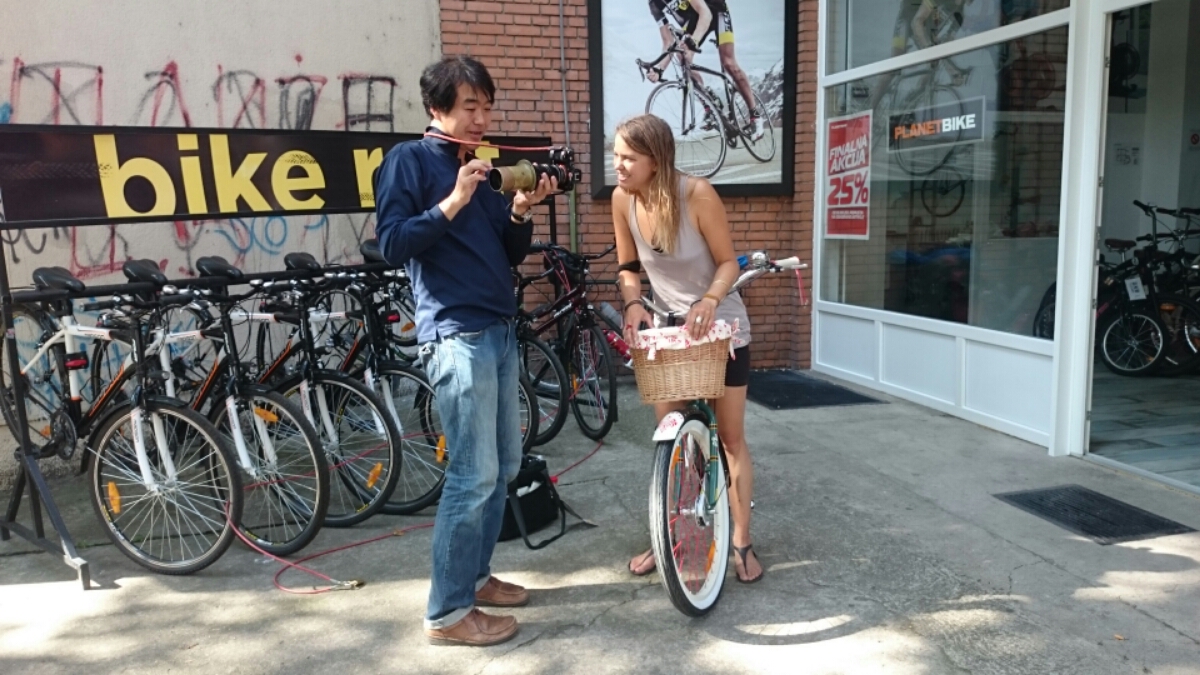 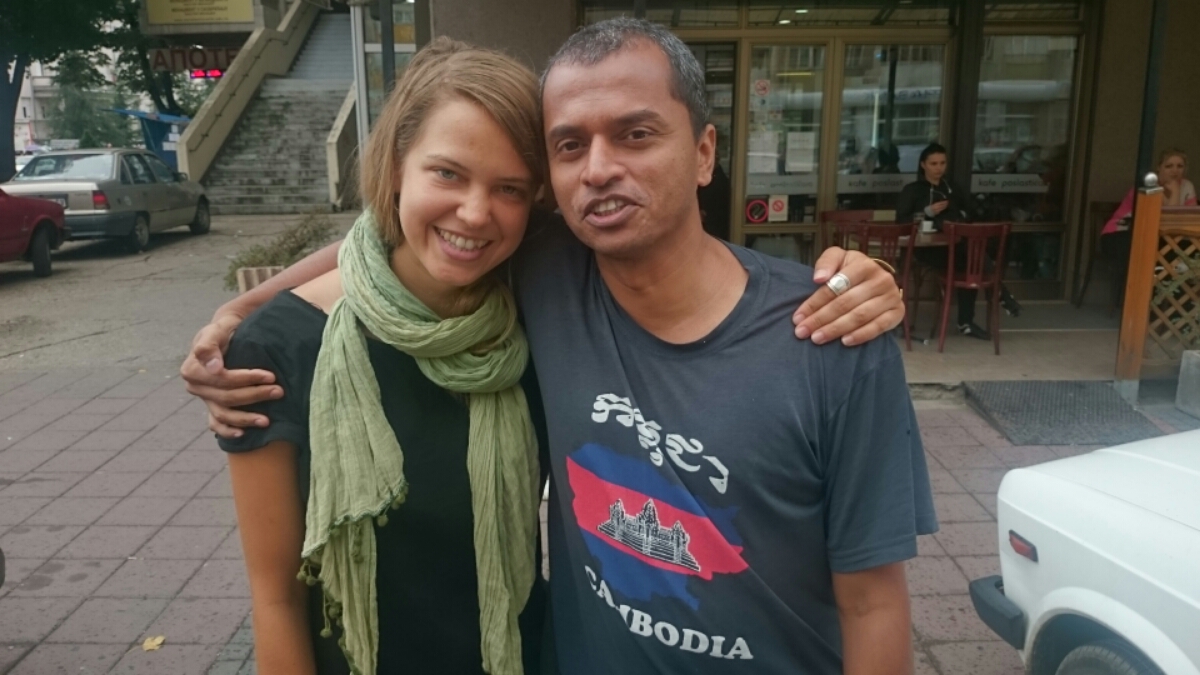 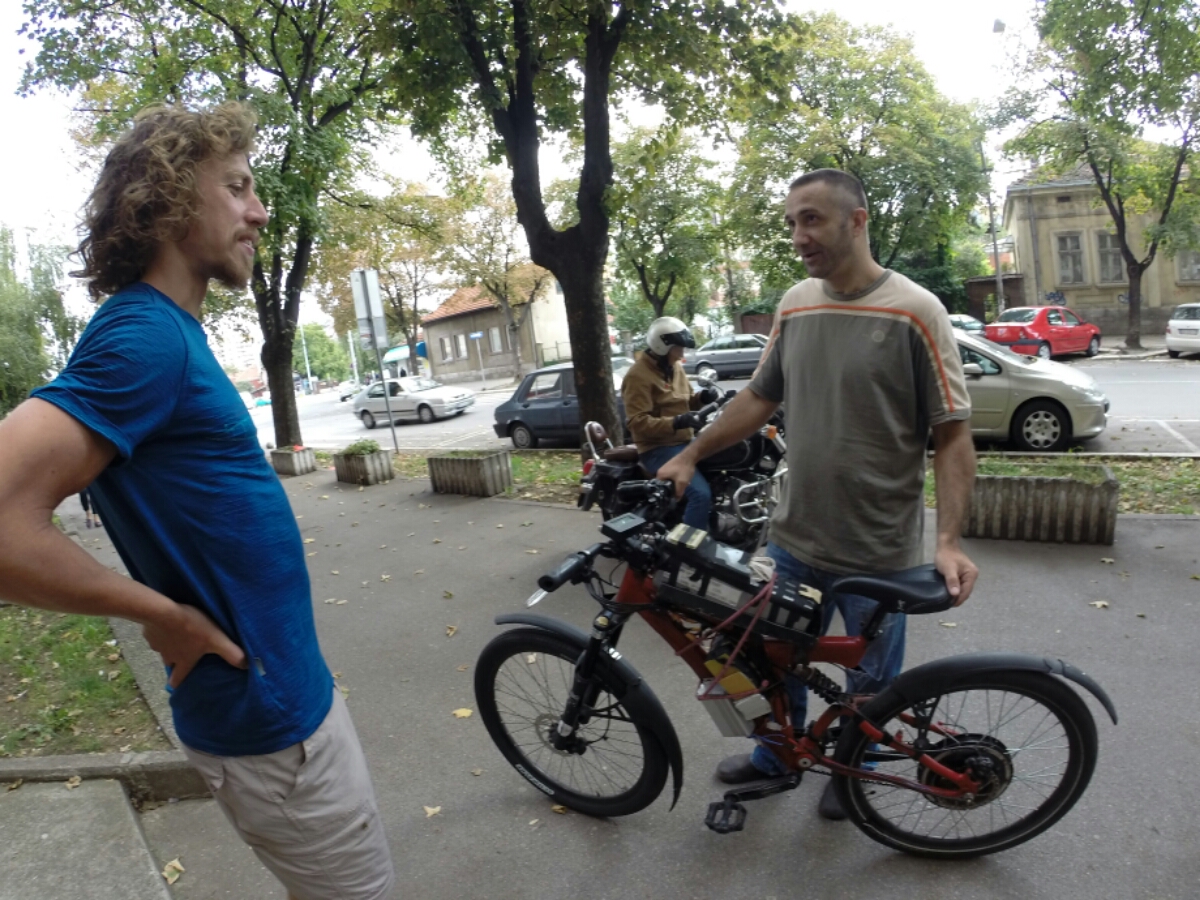 After leaving I felt happy that we spend so much time with the people in Nis, because before I somehow missed the feeling of being connected to the country. However, theses worries turned out to be absolutely groundless because of Ljubisa, Gordiza, Jelena, Bobby, Emma and all the other welcoming inhabitants of Brestovac. Brestovac, named after a tree, is the village or smaller town, that we reached already 25 km behind Nis.

A lively festival with traditional dances and food was reason enough for a short break. Well, short turned out to be inacceptable for Brestovac and basically after 30 seconds Lukas was captured by the locals, with Rakija in one and cake in the other hand. Faster as we could notice we were part of the festival, invited to try all the local specialties and learn about traditions ranging from dresses over dances, wooden lamps, old money, and of course food. We had the pleasure to try an incredible fish soup and a cake – sublime!!!
Spontaneously we decided to accept Ljubisa’s invitation to stay over for a night (the weather wasnt that nice anyways and we felt pretty comfortable among the friendly Brestovacians). 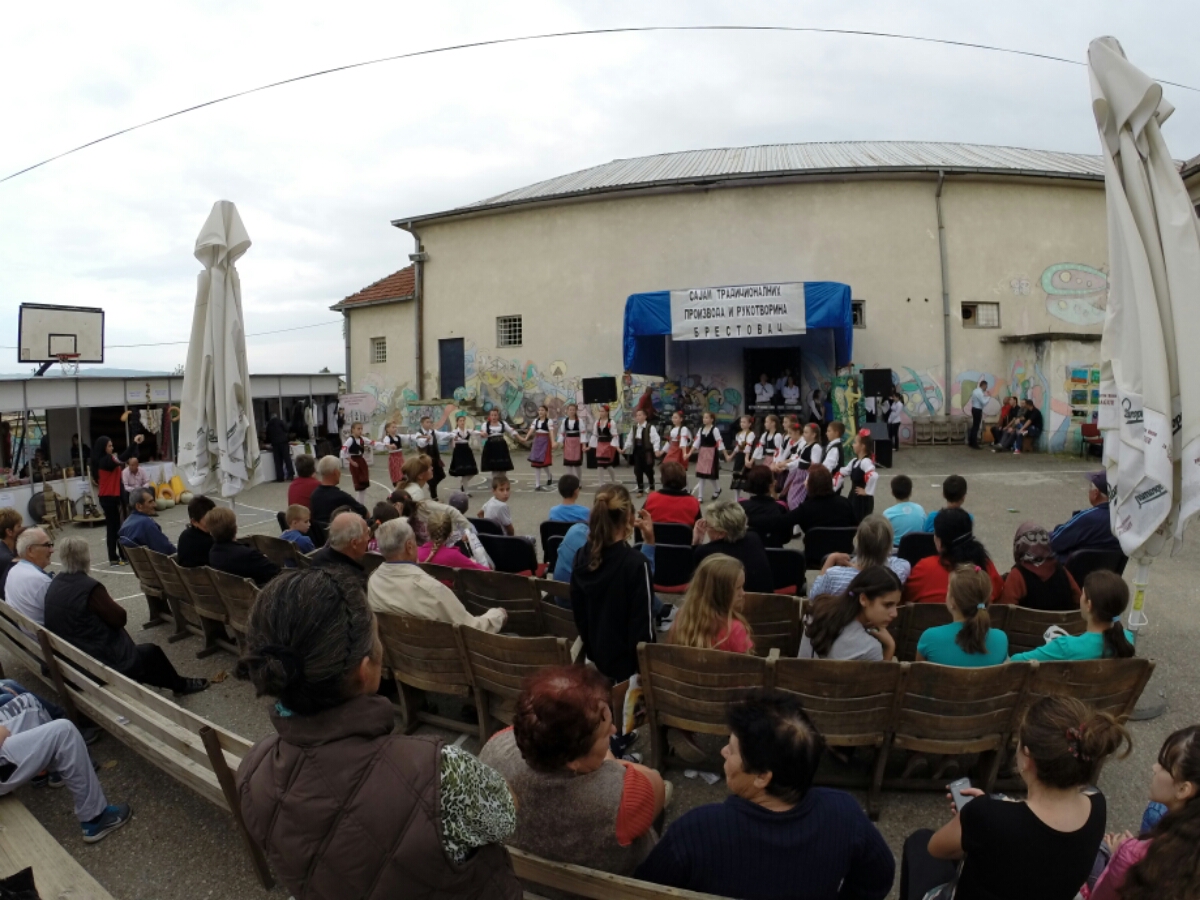 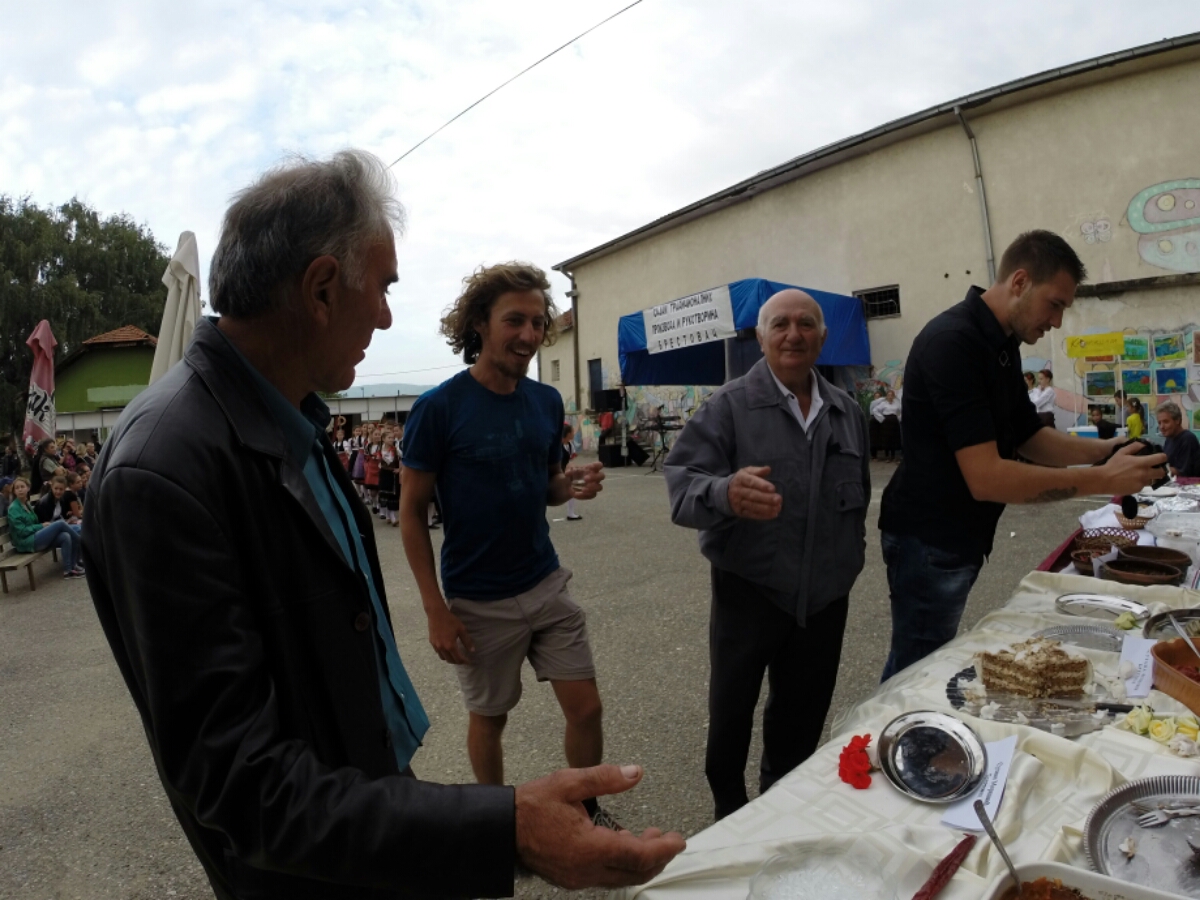 Looking back today, no words could do justice to the time we spent here. I can only say that we were treated like family members, enjoyed the fantastic cooking skills of Gordiza and Jelena, had a lot of fun making Ayvar, felt like home already the first night, stayed another one and had really interesting and great conversations (not avoiding sensitive topics such as the Kosovo conflicts). With Bobby we got the chance to take part in the math class of the local school and even Ljubisa got a sense of good old times while joining us. 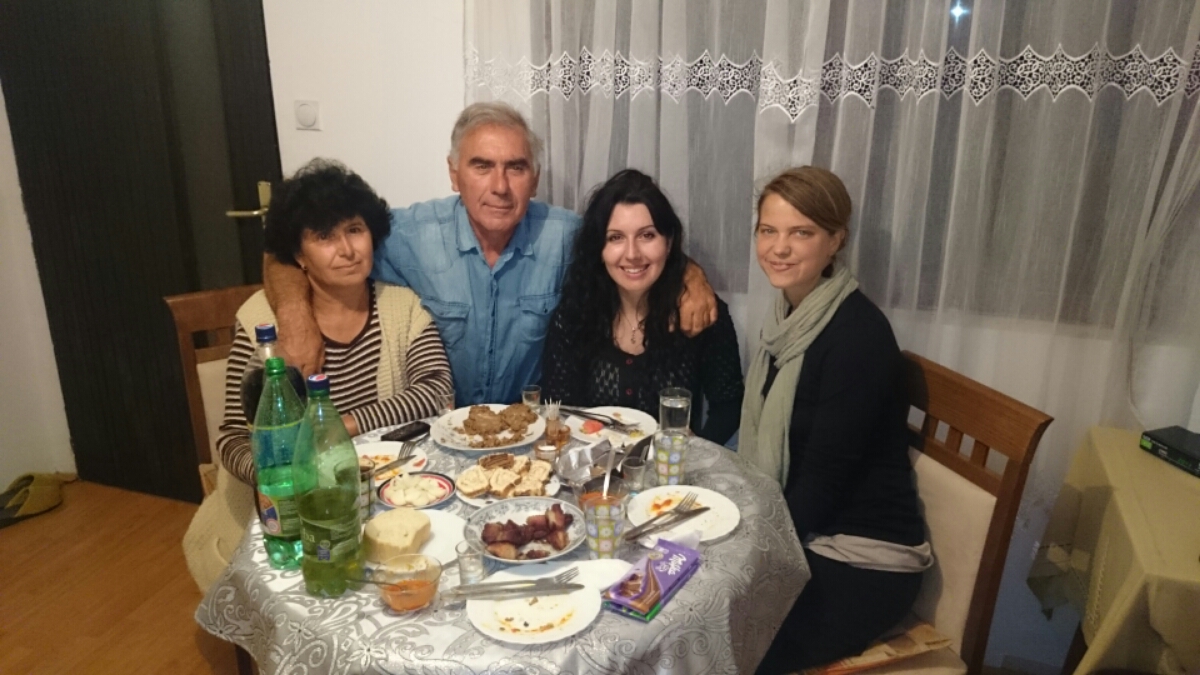 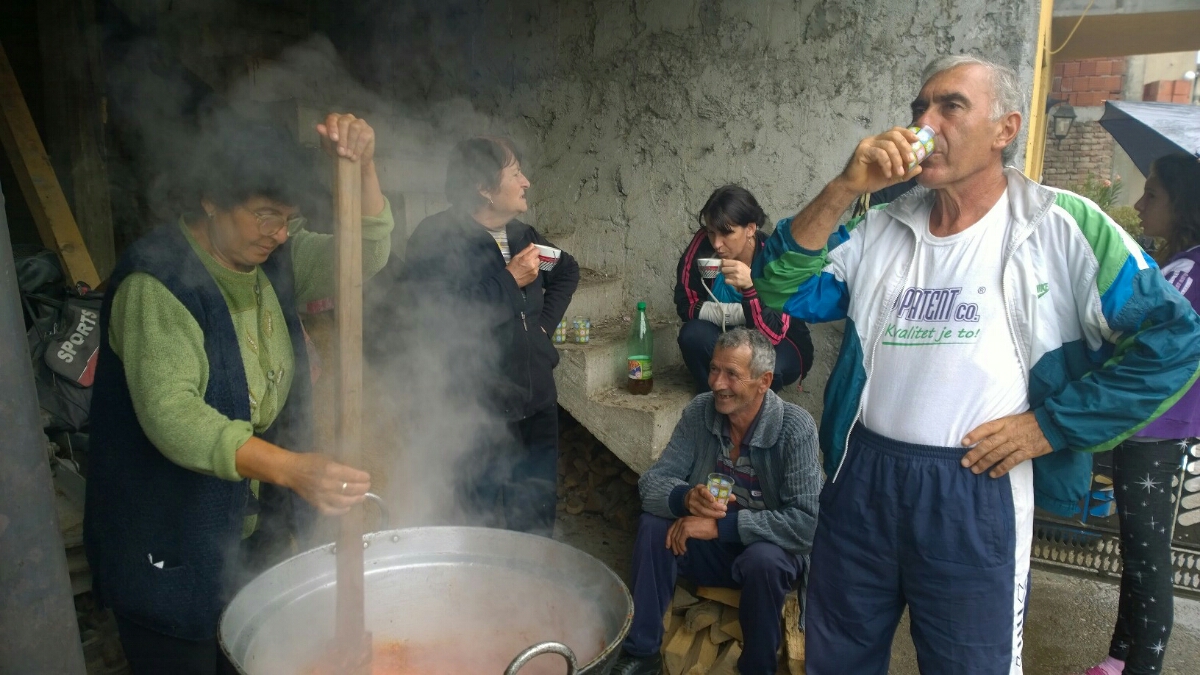 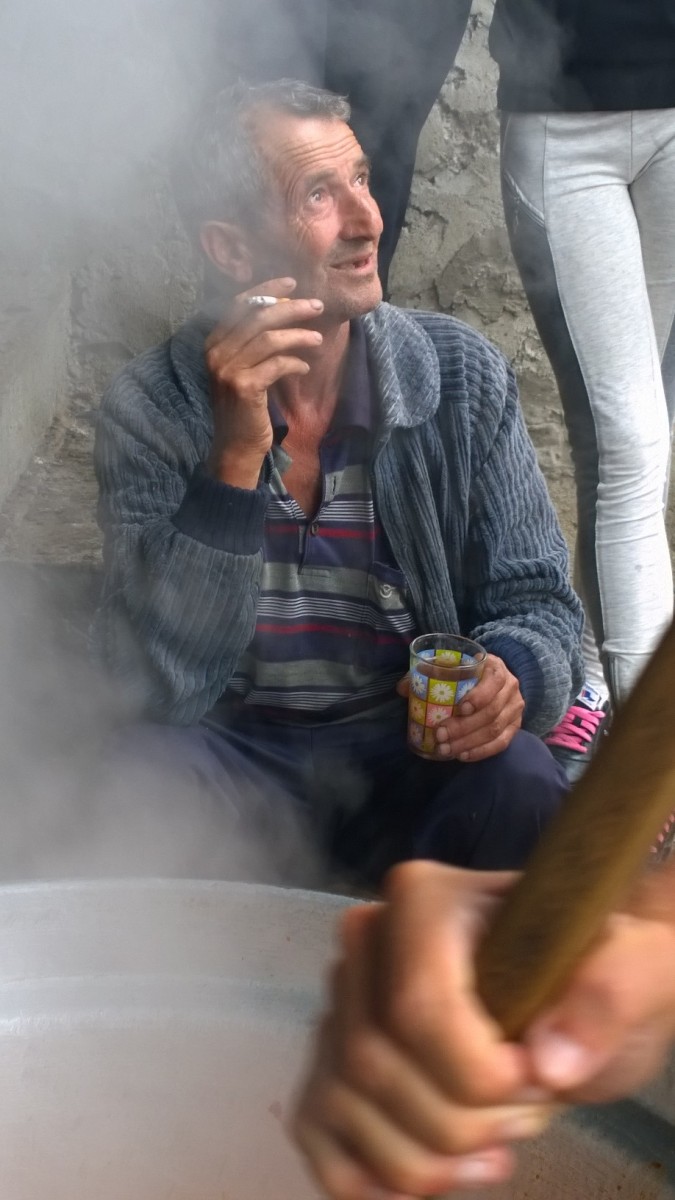 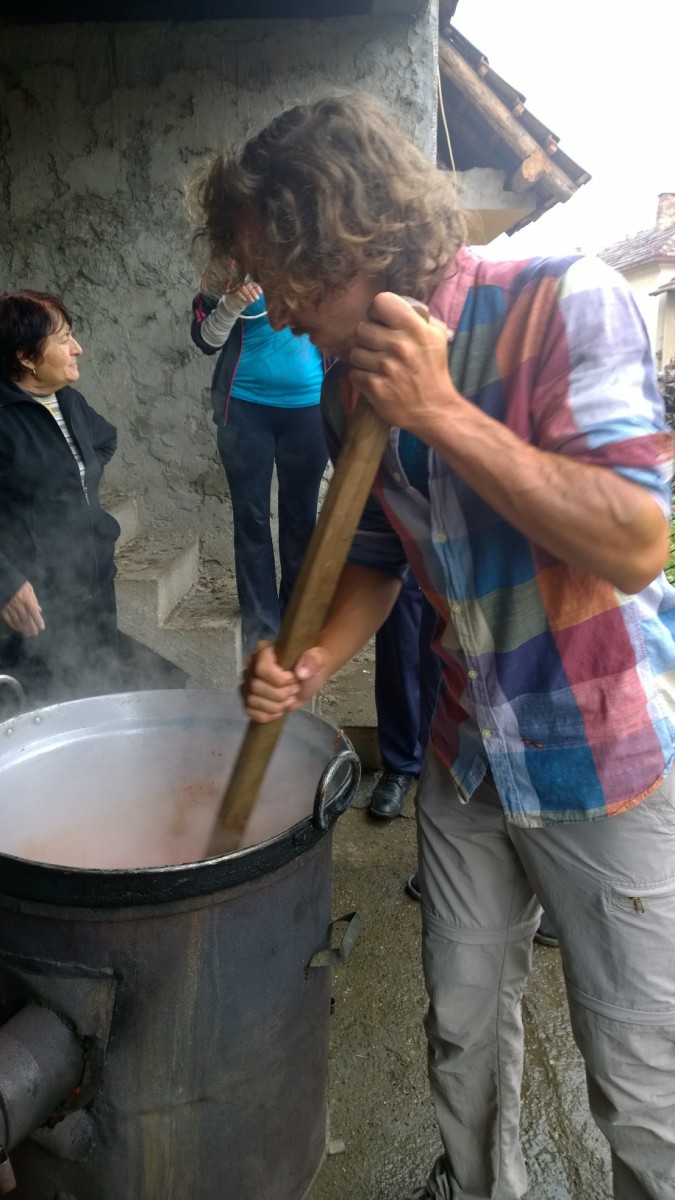 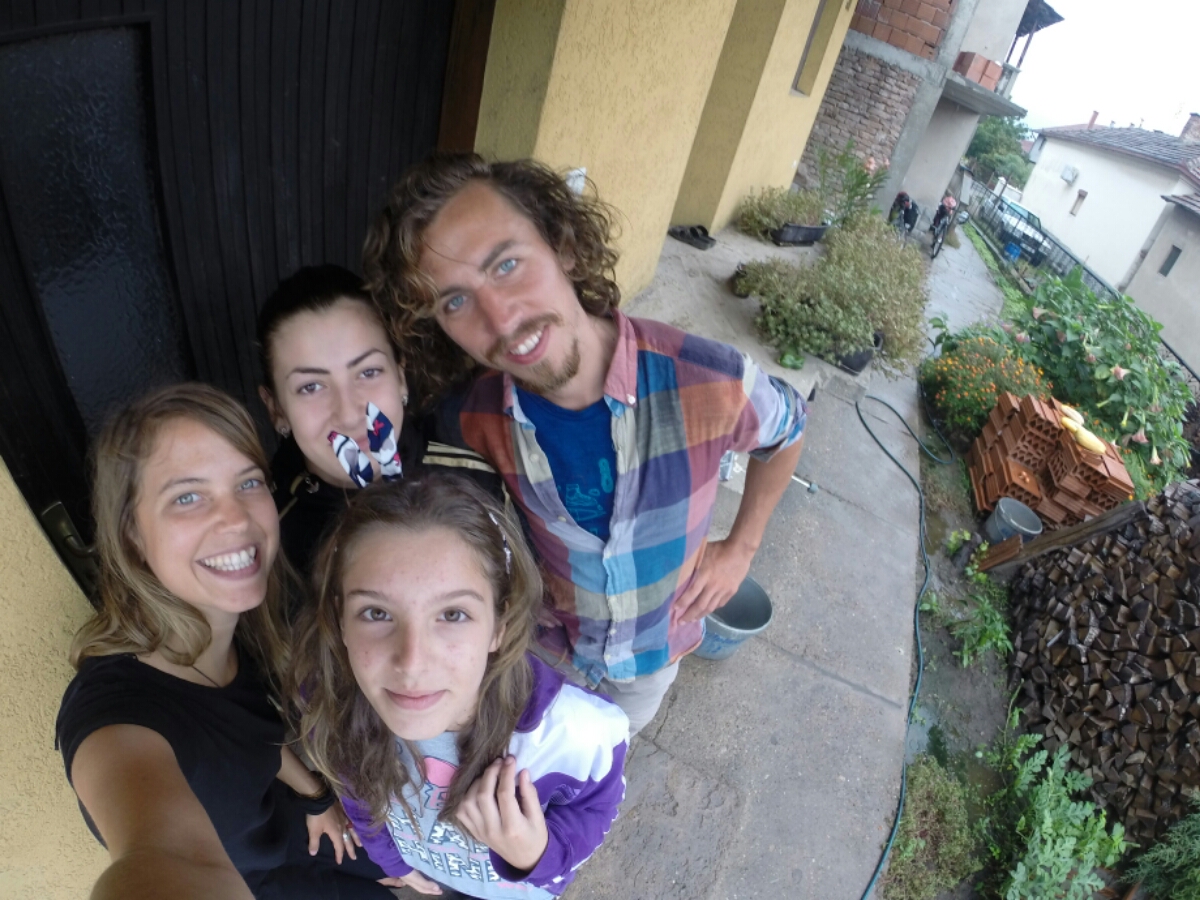 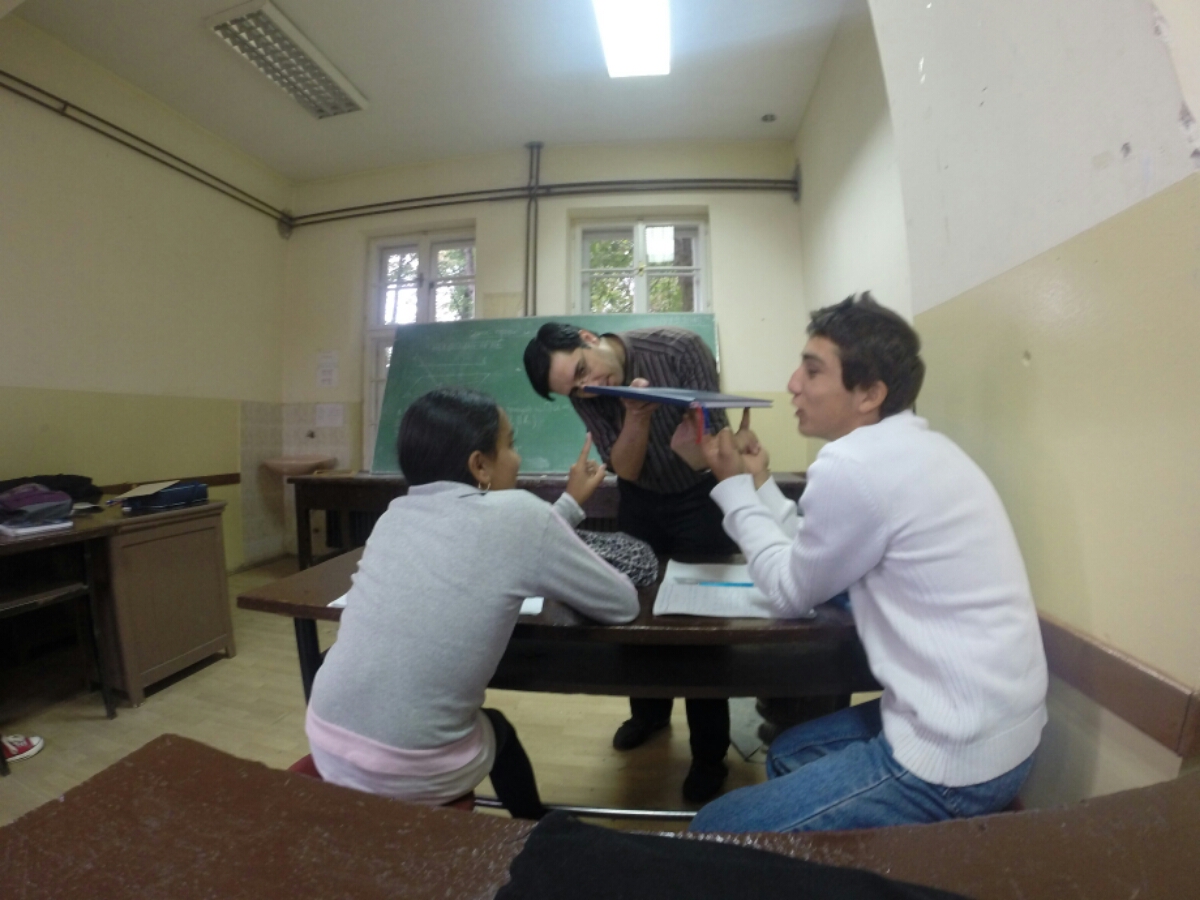 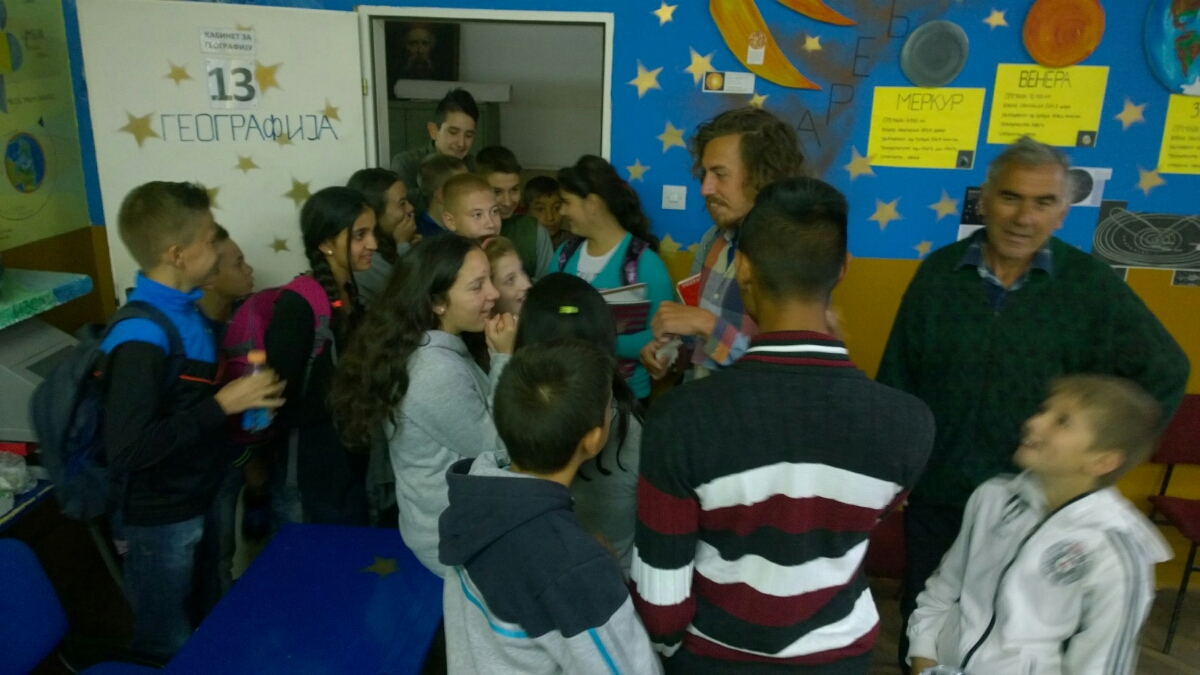 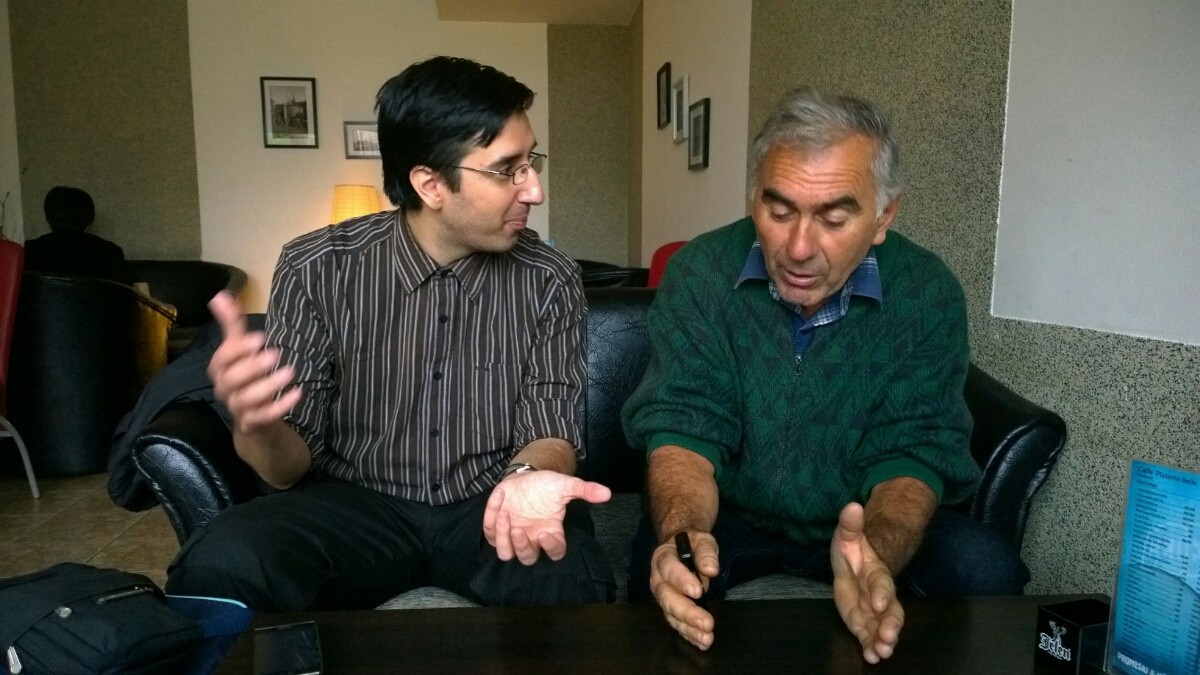 In two days I learned so much Serbian thanks to the endless patience of all of them. Similarly I think Ljubisa’s French got refreshed and also Jelena”s German (she had finished a 7 weeks course in June and good speak already quite well).

We left, as a German saying states: “with a laughing and a crying eye”. It didnt feel like only 2 days with a new family. Rather like 2 weeks in an old, second home. And I hope, I am looking forward, to come back and/or welcome you in Aachen! 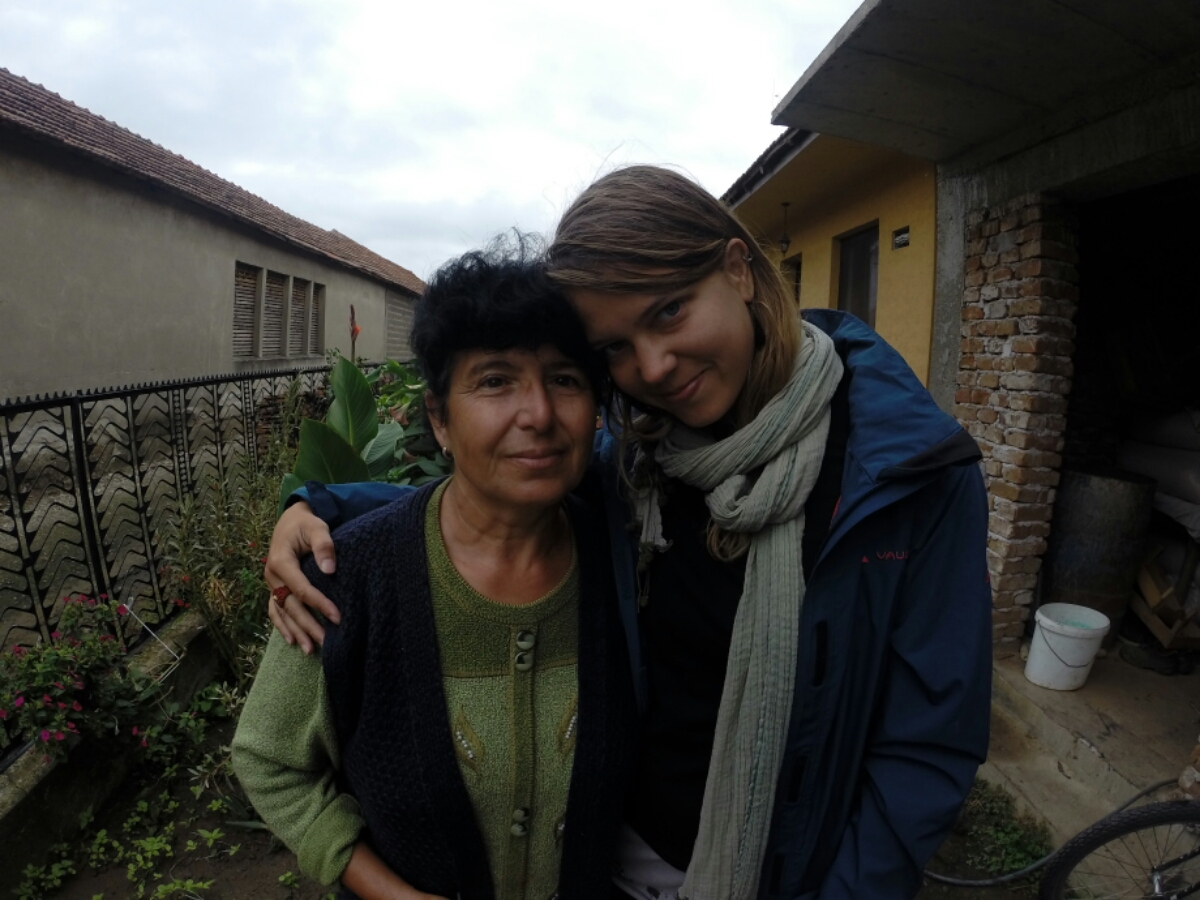 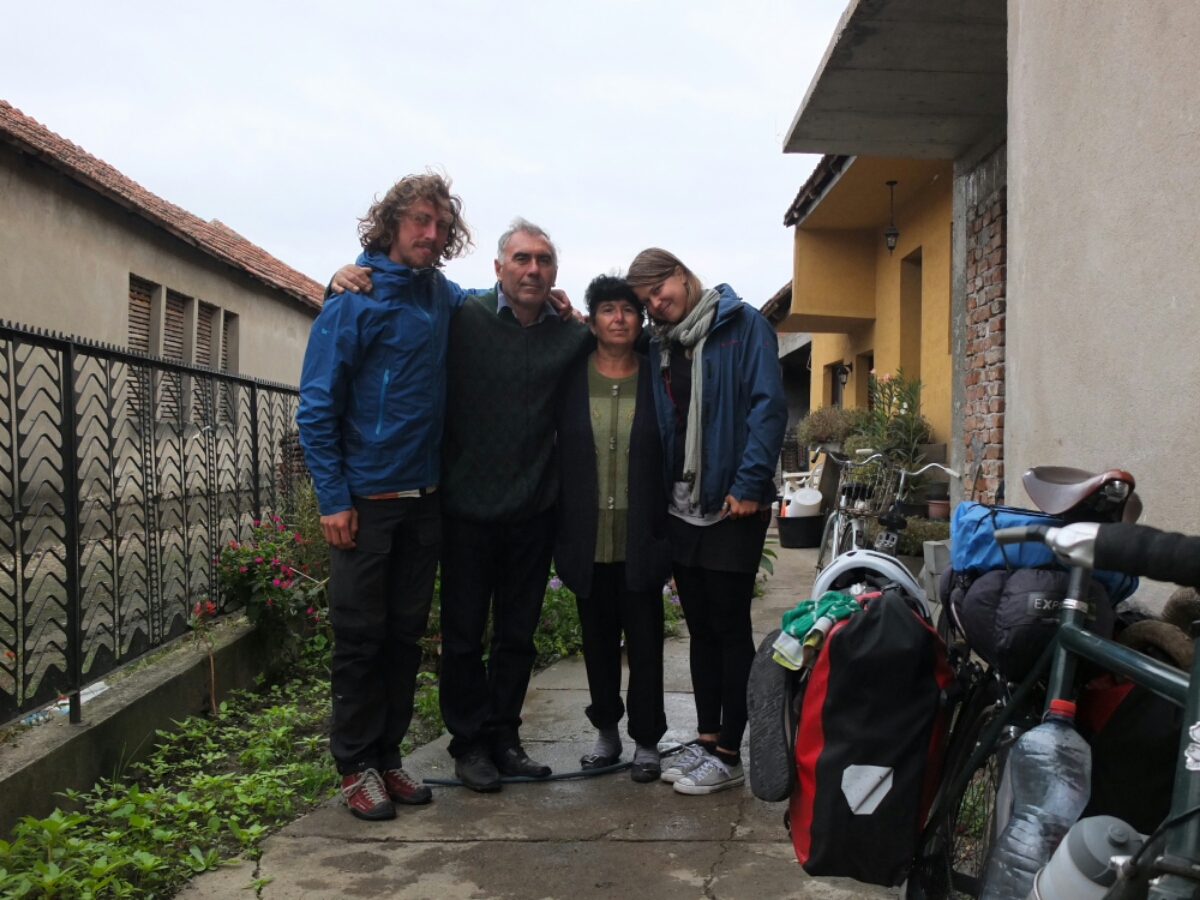