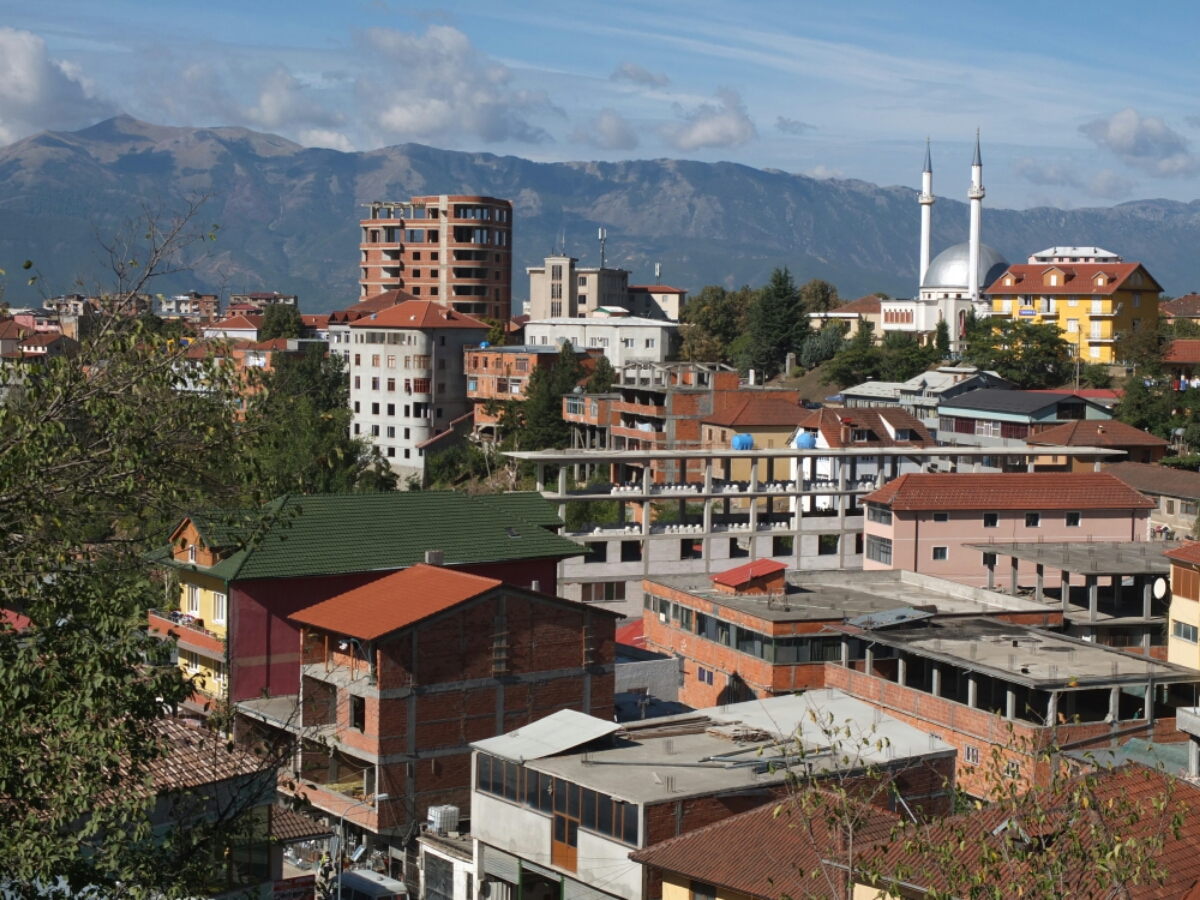 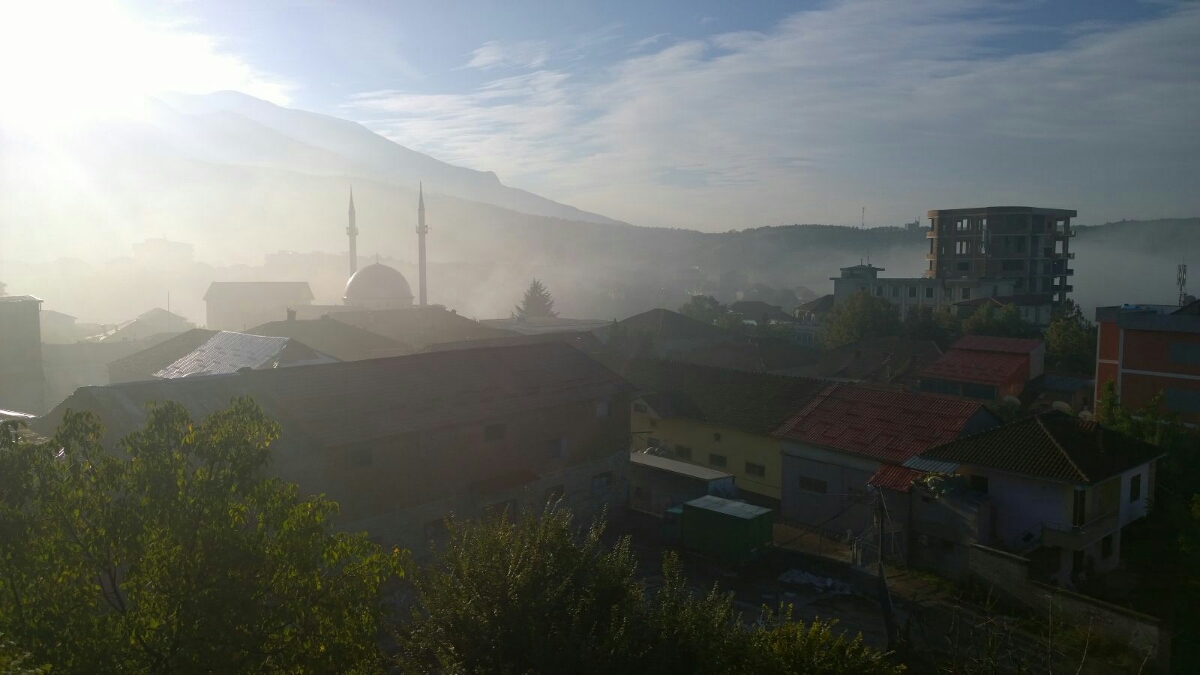 The time in Peshkopi was great. We had an incredibly beautiful hostel, in the old residency of the albanian prime minister with beautiful antique furniture. Every night we made a fire in the ‘royal’ living room. There were also puppies again, which I almost took with me. In general there was a special atmosphere of being home, not in a hostel, especially the conversations with Bessi were eye-opening with regard to Albania. We enjoyed it so much, so we stayed another night. It was really beautiful. 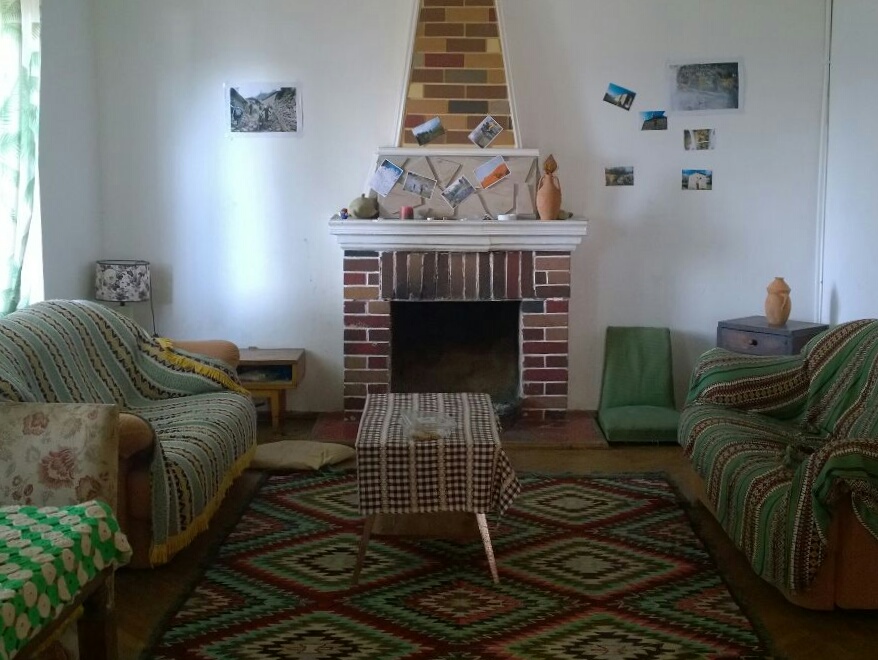 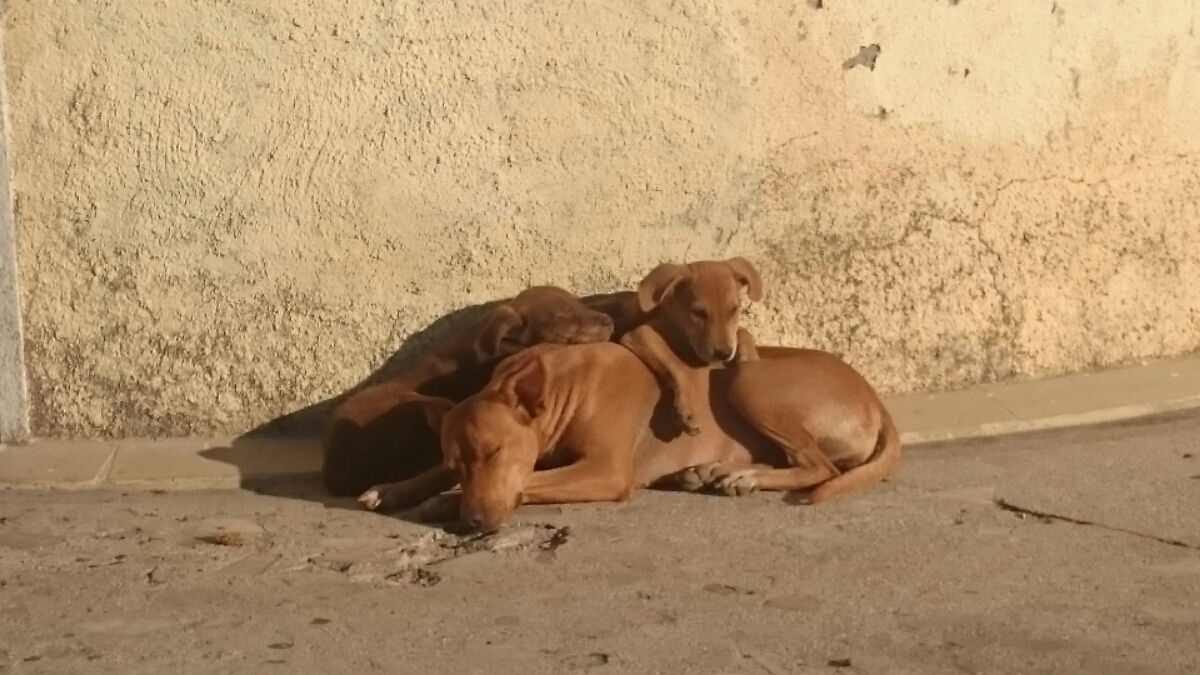 Albania in retrospect is still difficult to grasp. The people are really friendly and talkative and most speak another language and have been to some European country. Sometimes it’s just hard to grasp the feeling of hanging out in the streets every day and, besides chatting or drinking coffee, not doing anything in particular. Whereas most mention their unhappiness. Everybody wants to do something. Of course, unemployment and generally the bad economic situation makes it incredibly hard to start something but besides that there is a feeling of boredom accompanying those man and this is the hard thing to imagine: Boredom taking control over my life.

Paul – half Albanian half Australian blamed the communism which lasted until 1990 – making the people incapable of independent and innovative thinking, but I am not sure. I had the feeling that often there is a lack of believe in oneself or disappointment of the government which amplifies or even causes this lethargy. It is extremely inspiring and motivating to see places like the hostel emerging despite of high corruption on basically every social level. The belief of the possibility to affect change in this context is already the first barrier to overcome. I think the change will come. If not now then with the next generation. Albania has so much potential. The landscape is marvelous and the infrastructure improves slowly. I will come back that is for sure :) 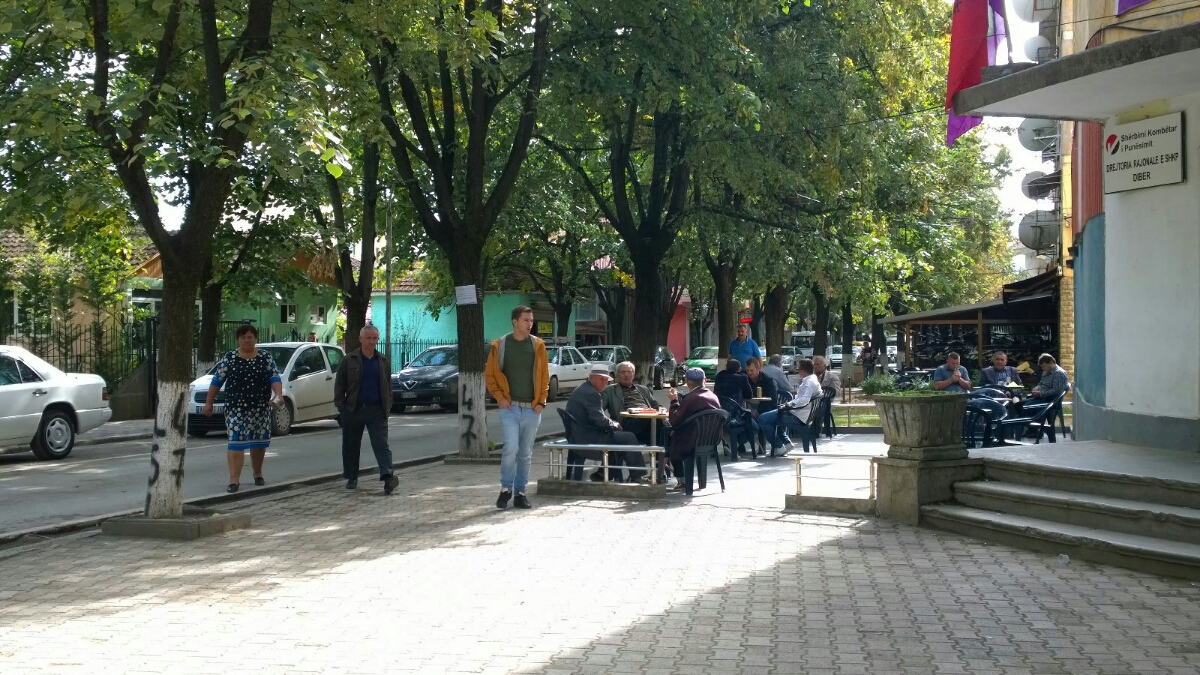 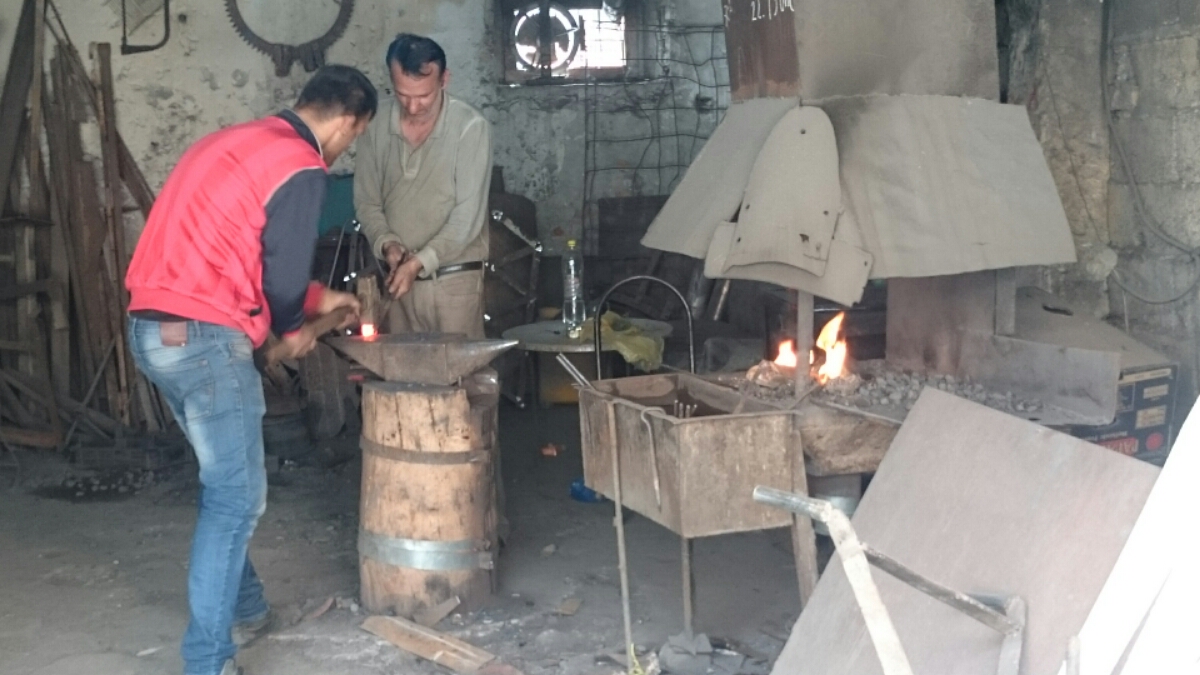 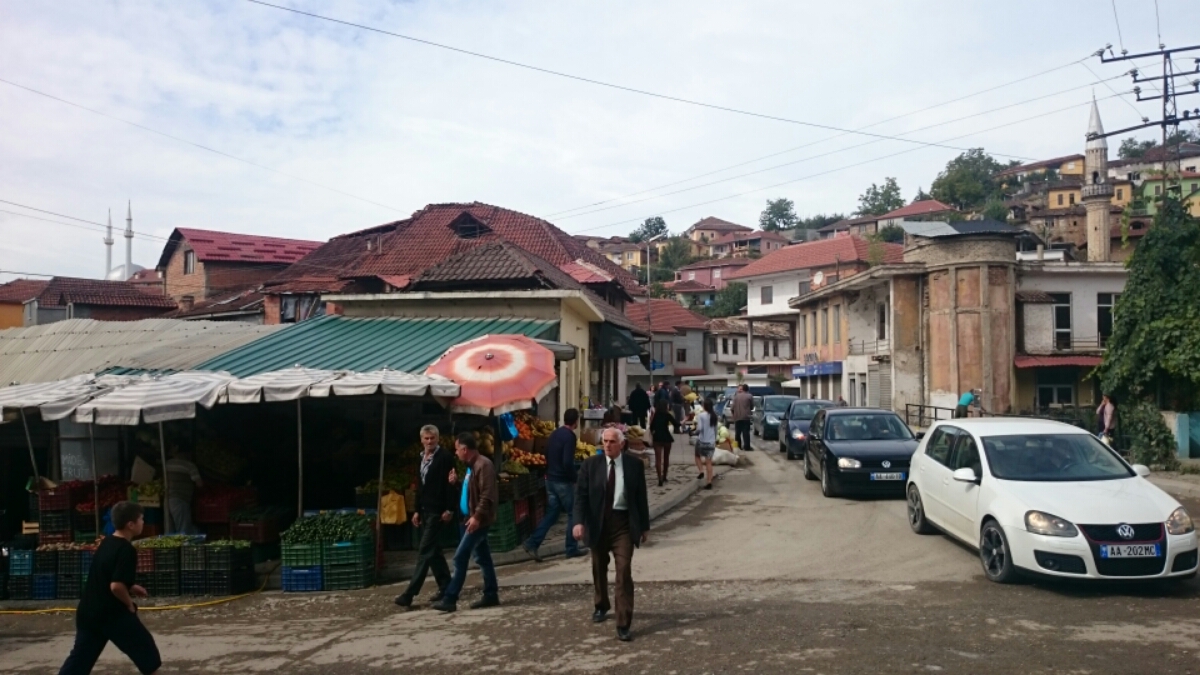 Besides if all this we can confirm the stereotype of Mercedes (and german cars in general) in Albania: Everywhere, anytime, any age.

Already when we were planning our trip to the Balkans, the reactions by most of the people were rather negative. I faced everything from septic questions (What do you do when you get robbed?) over open fear of the albanian mafia and the brutality, especially against women.

Apparently, for many people in Germany the Balkans and especially countries like Albania or Kosovo still create images of war, poverty and brutality with them.

Well, after more than a week in Kosovo and Albania, to answer the question whether it is dangerous to travel those countries as a woman on a cycle, I can clearly conclude: Yes it is. But the more important question is: For whom exactly?

Actually, already after the first days I realized that it was not me but the Albanians who I put (irresponsibly) into even life threatening danger… Flabbergasted gazes, excited honking, screaming, whisteling or waving stopped car drivers from watching the traffic and almost causing accidents. I experienced even abrupt breaking actions – also on a motorway. And in the cities, the regularly missing drain-cover posed serious risks for the starring pedestrians – when I passed on my bike. 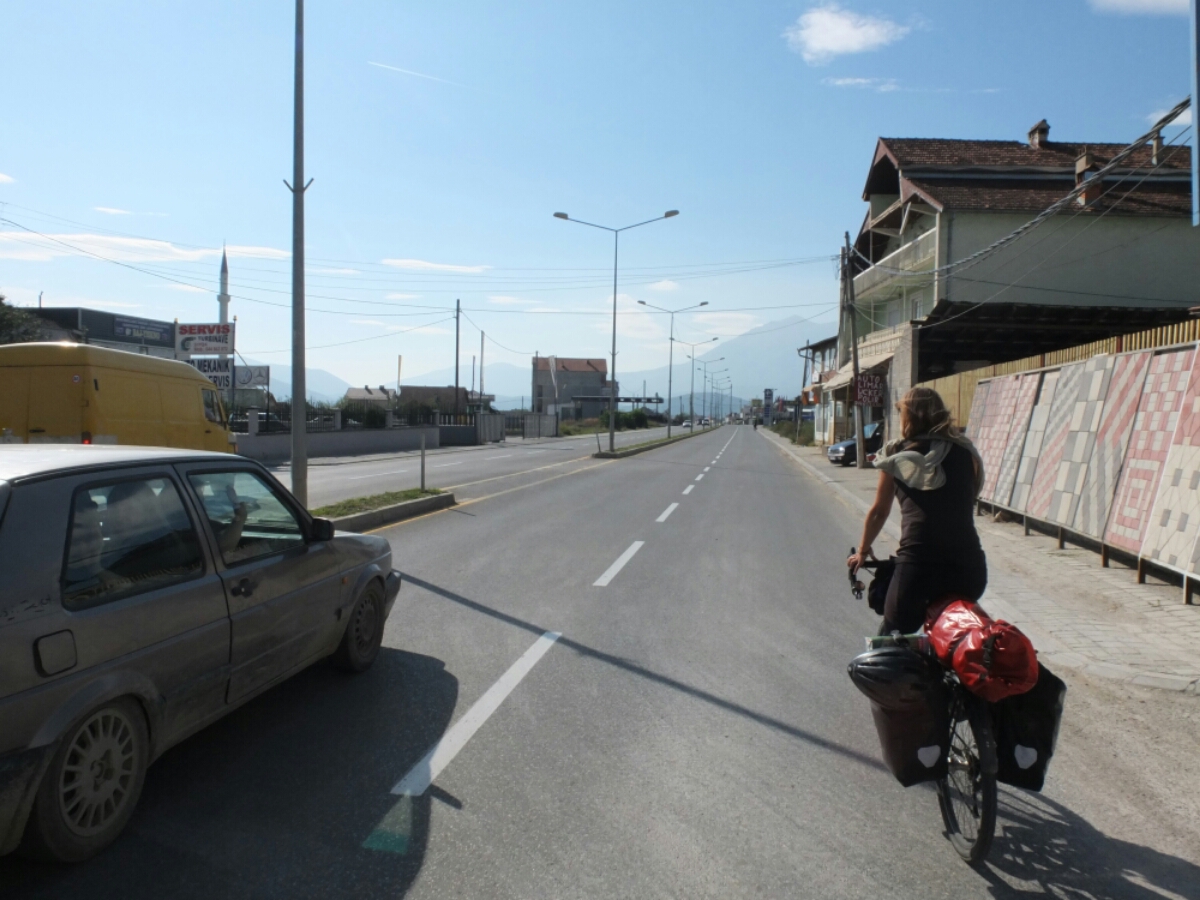 Later Bessi from a hostel in Peshkopi made me realize that I could best be compared to a donkey in a German city – people would react in a similar way since they are simply not used to see that on a daily base. I accepted my faith, constantly reminded myself that I am actually a donkey and tried not to misjudge all the starring faces as negative or unfriendly. 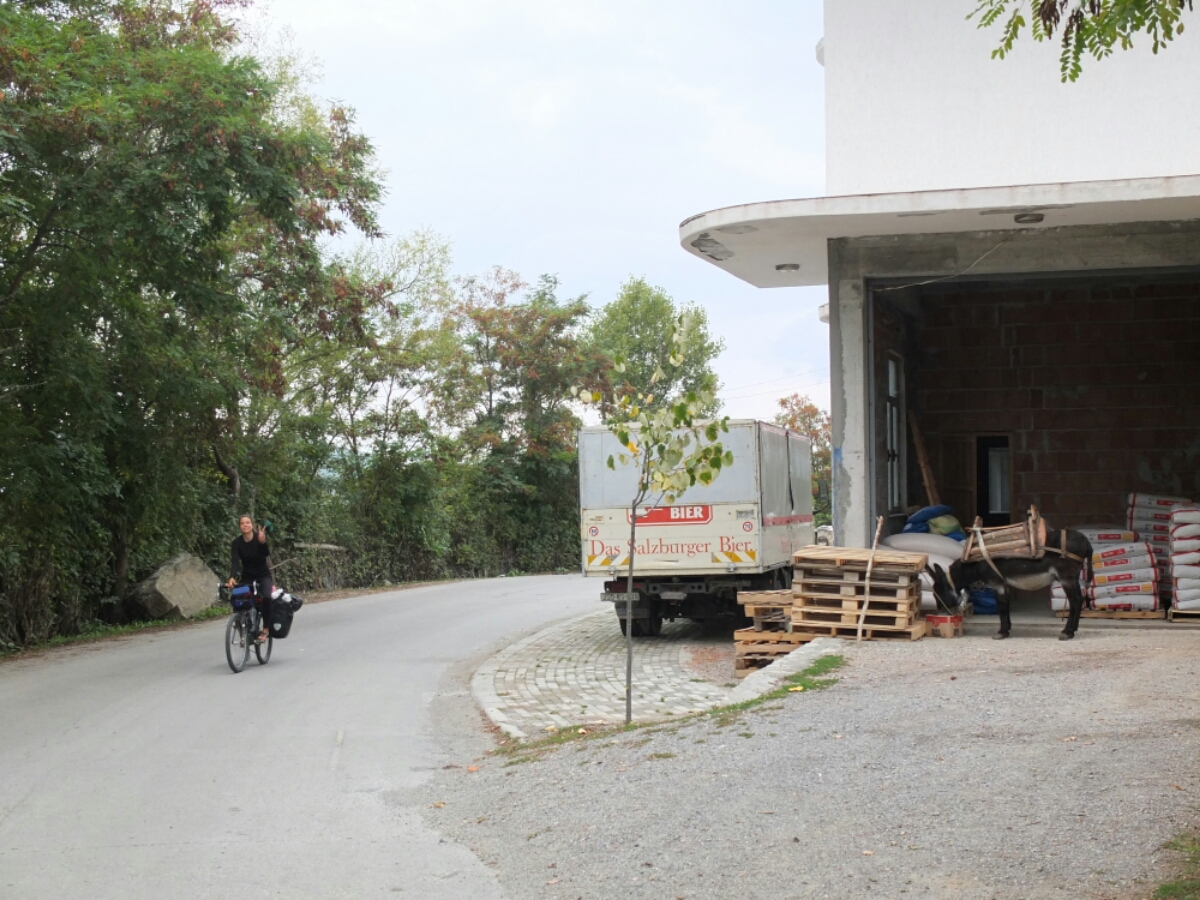 Eventually I didn’t make a single bad experience with any of the albanian male pedestrians or car drivers that occupy the streets to 90%. Often, after the first shock was overcome (a woman, in the street, blond, AND on a bike) I had nice and interesting conversations and many Albanians offered us their help. Later in Peshkopi I met a British girl in my age traveling by bike on her own and she was similarly positive. 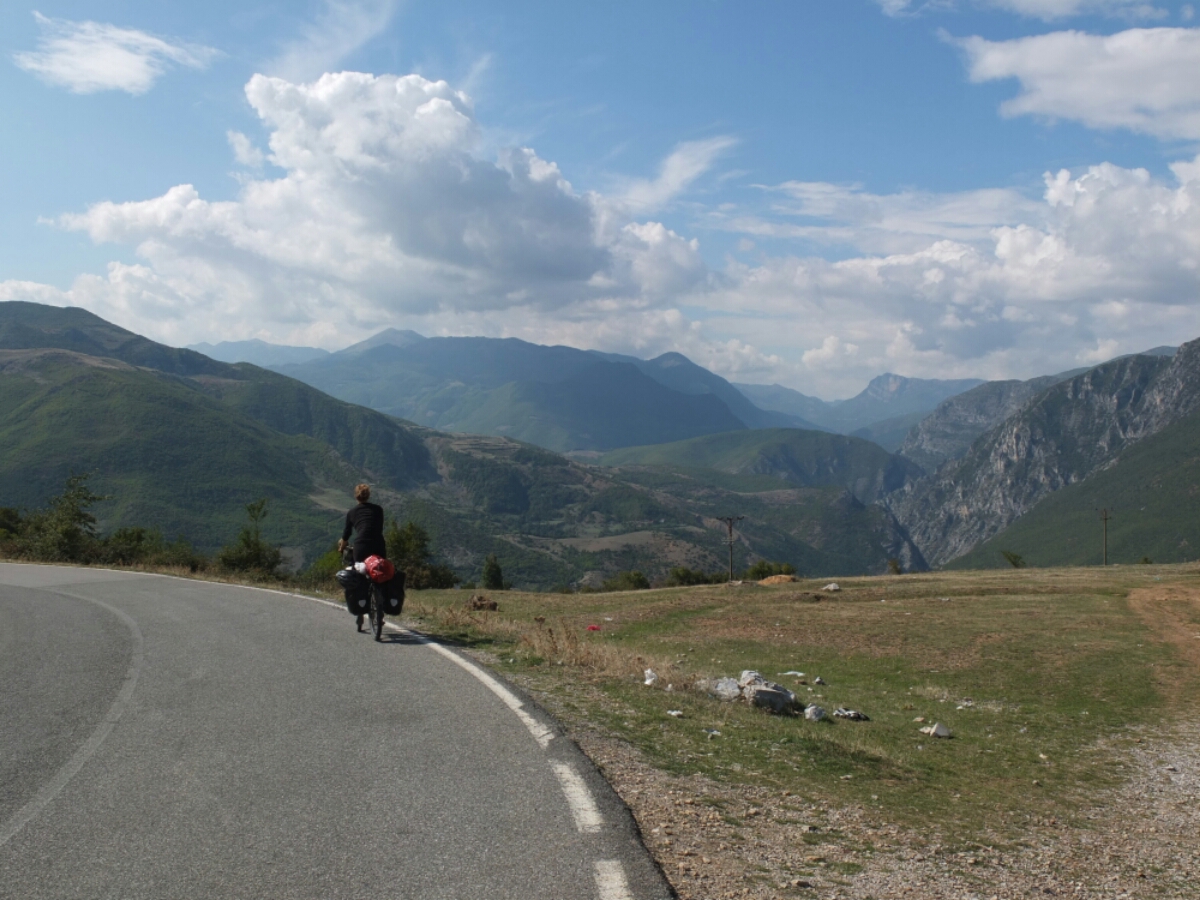 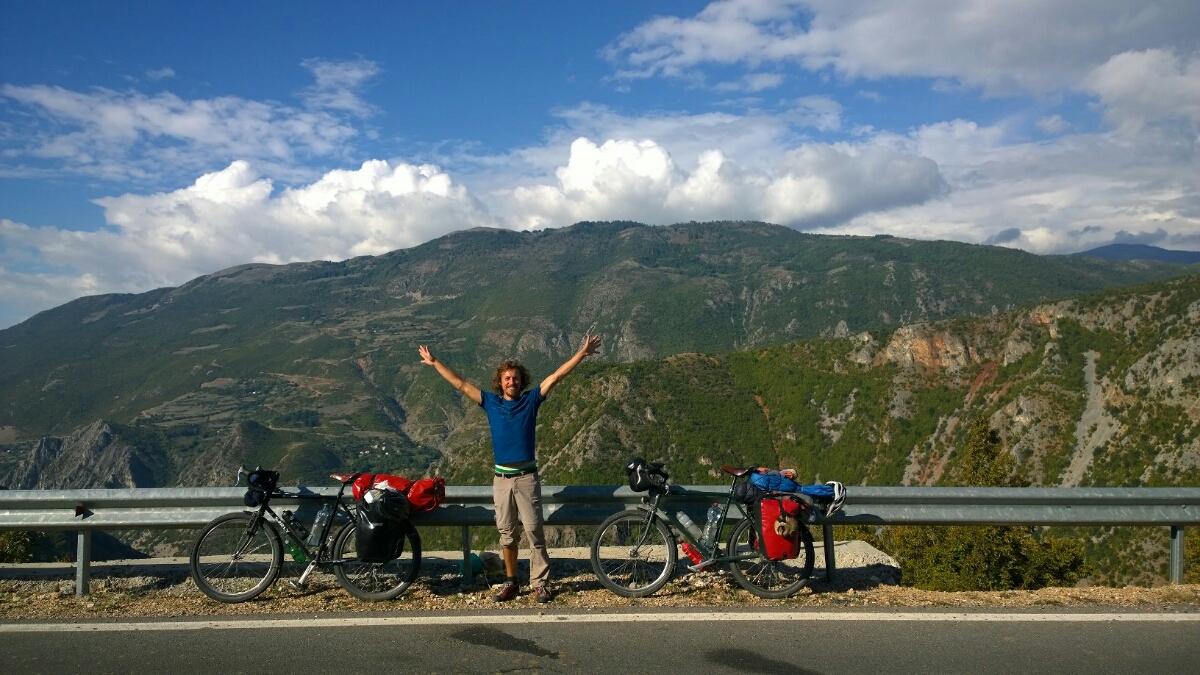 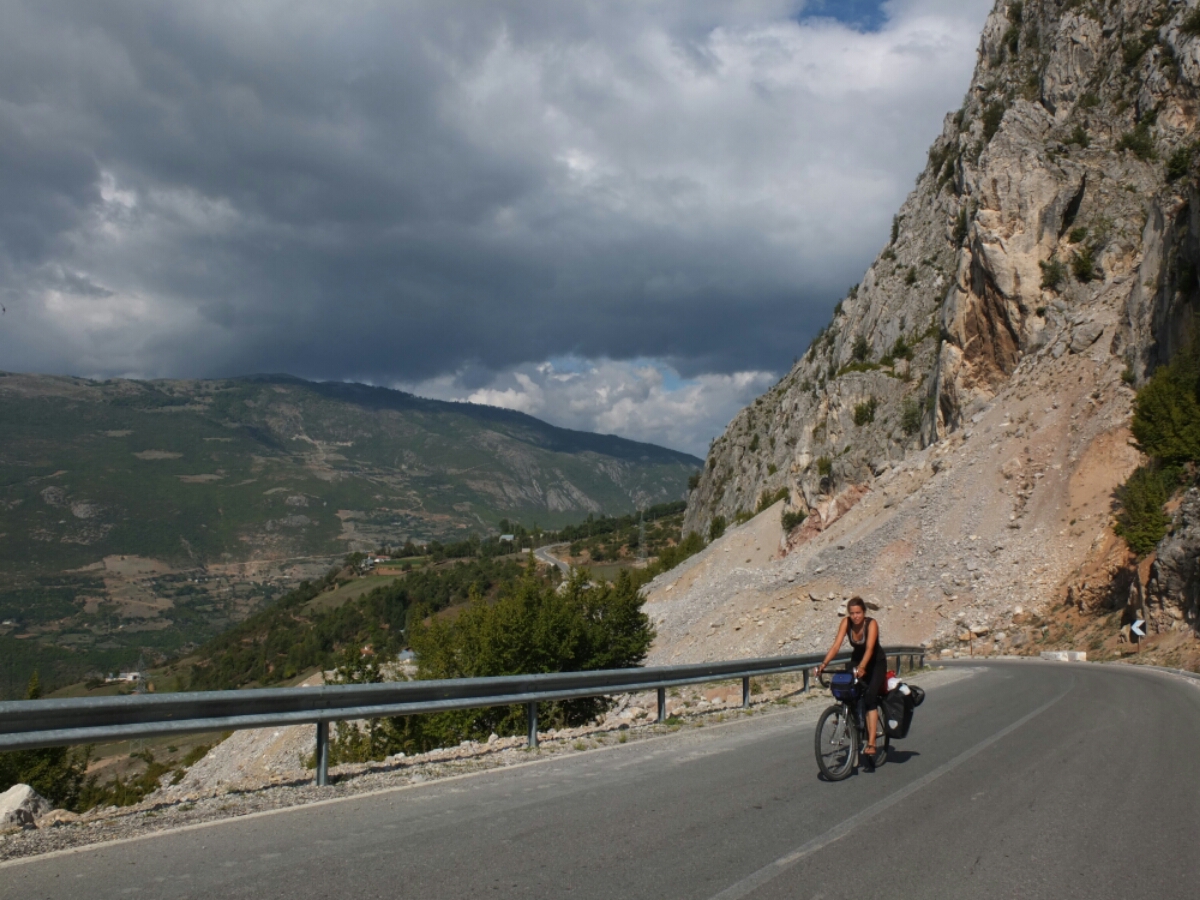 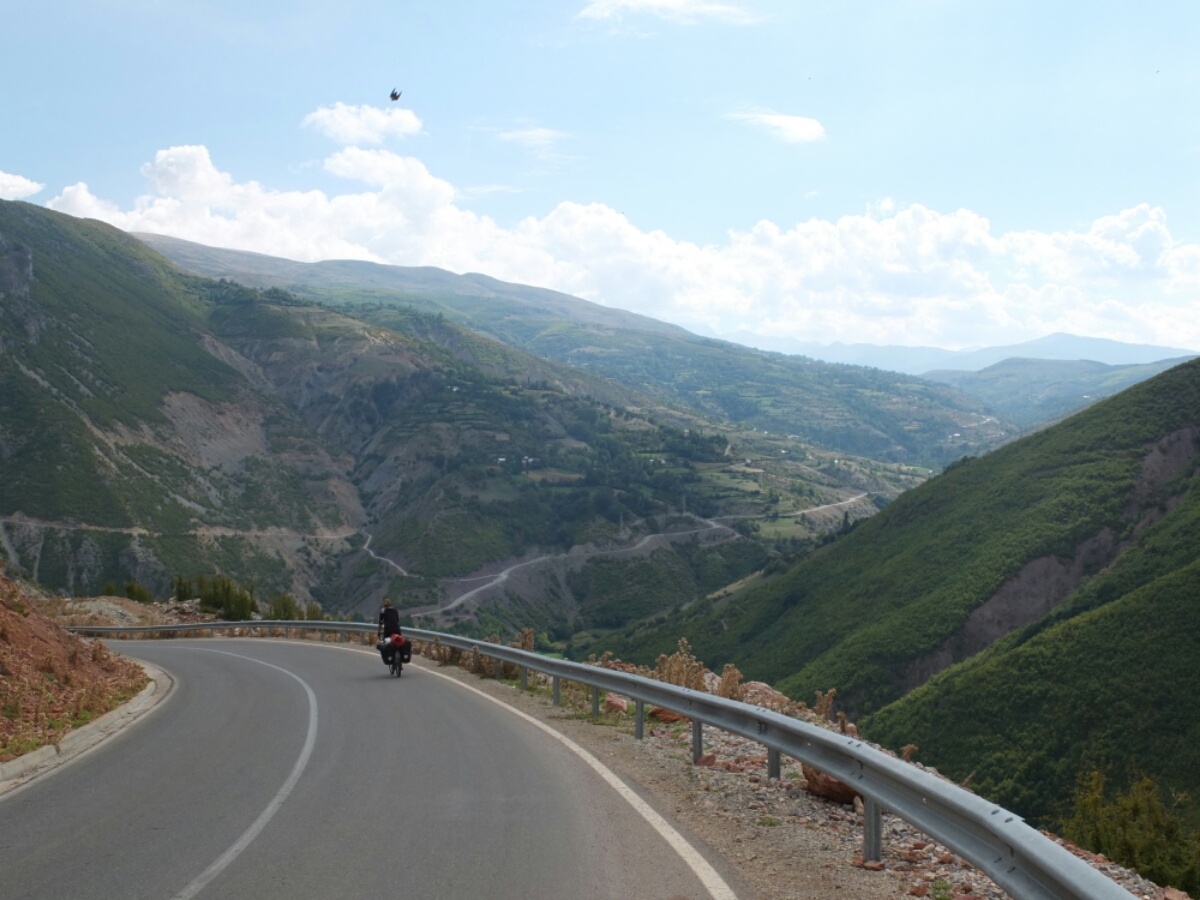 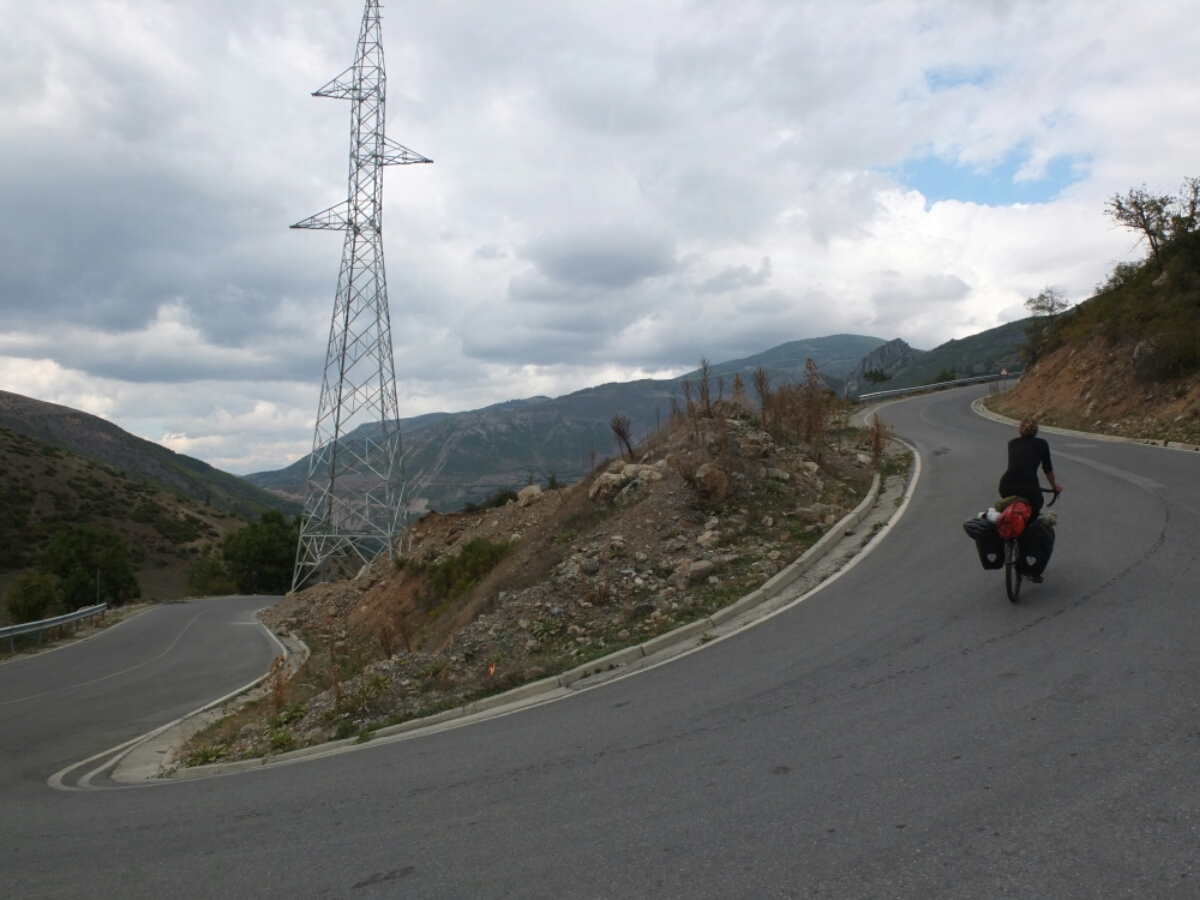 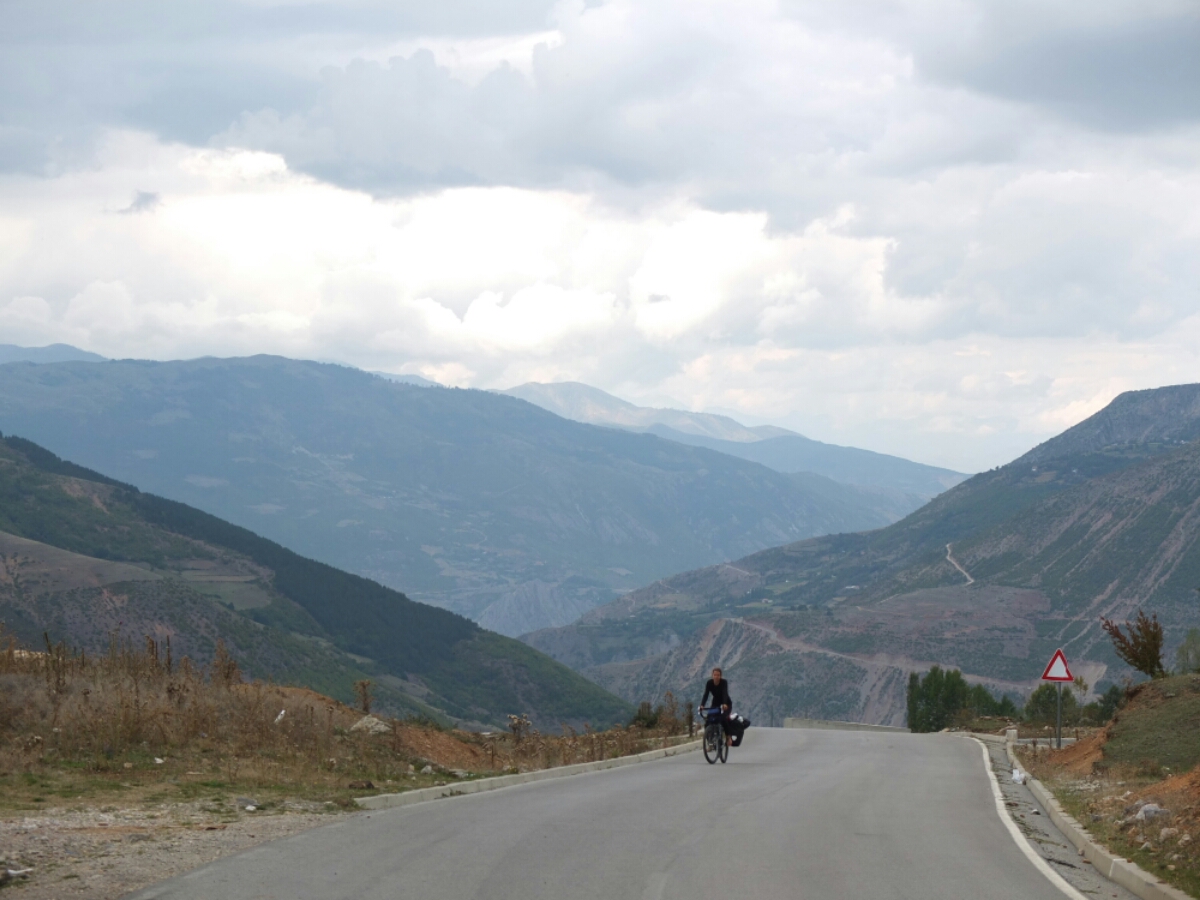 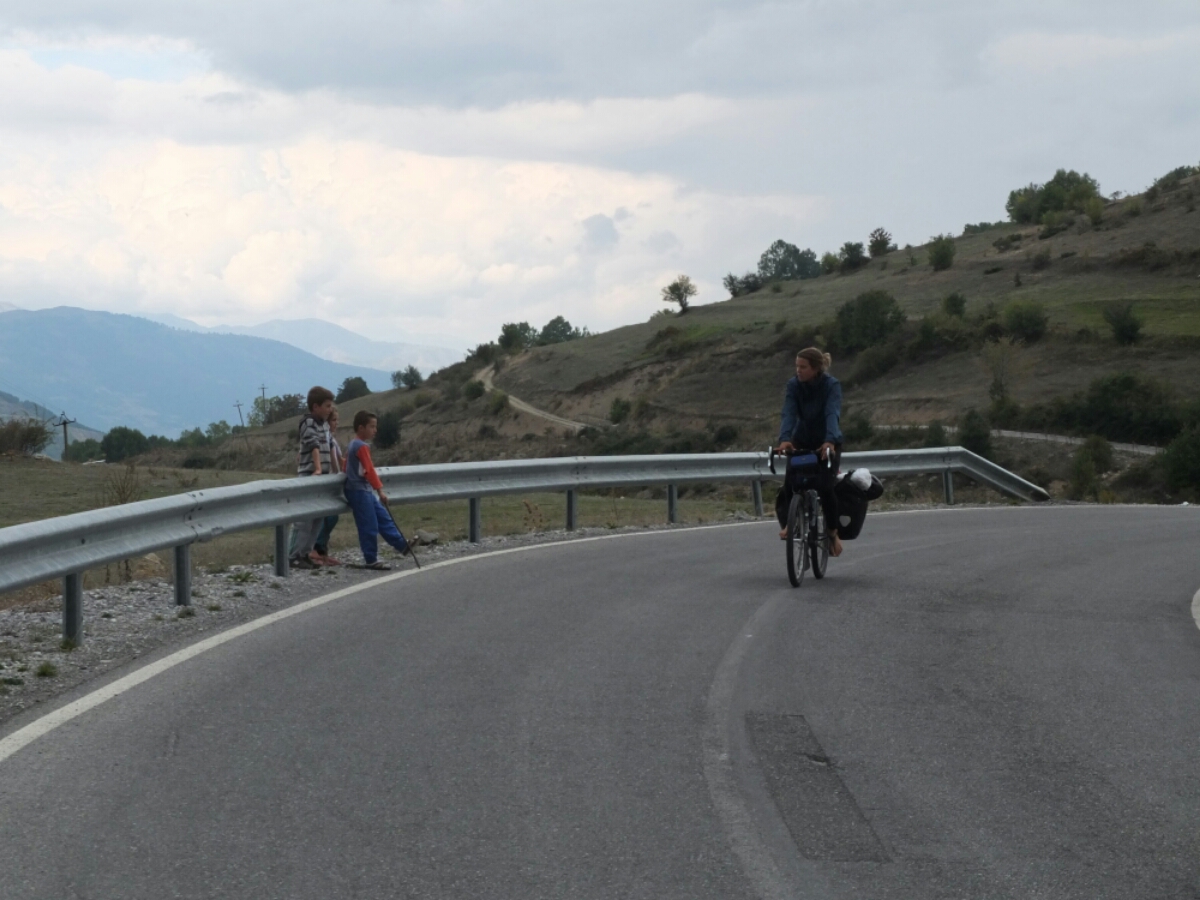 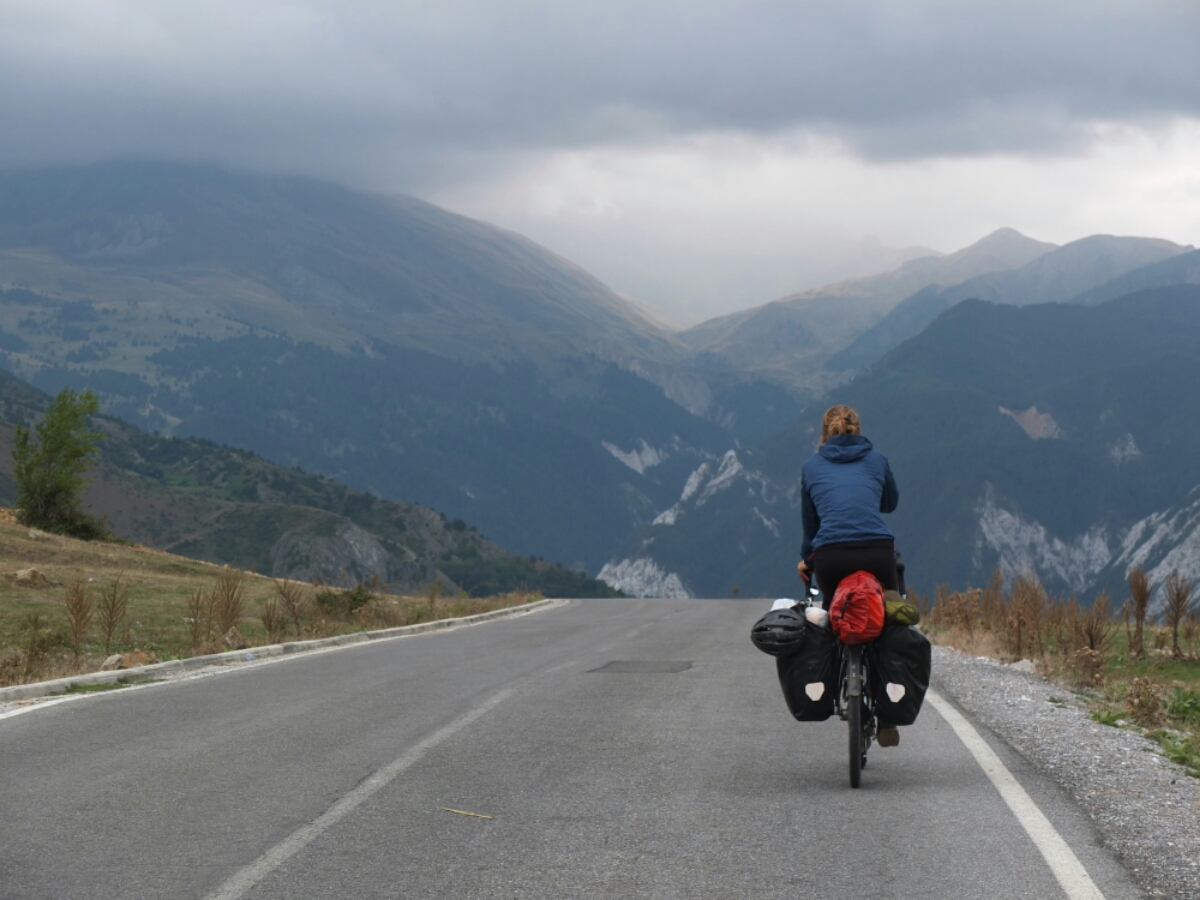 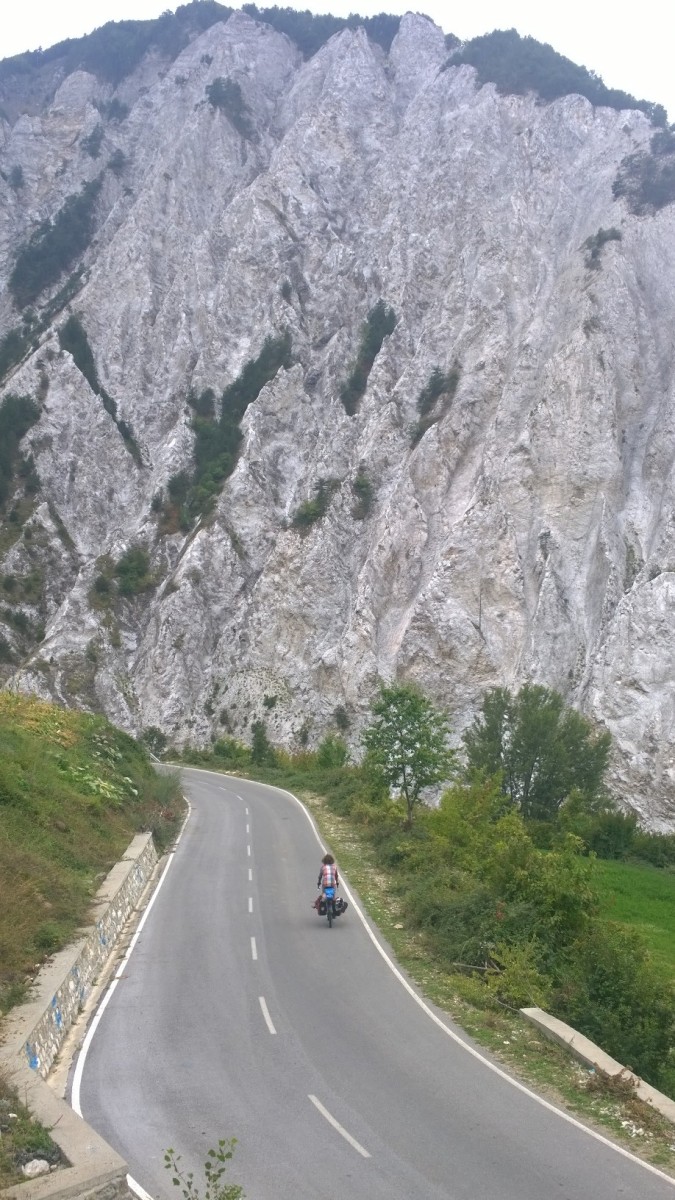 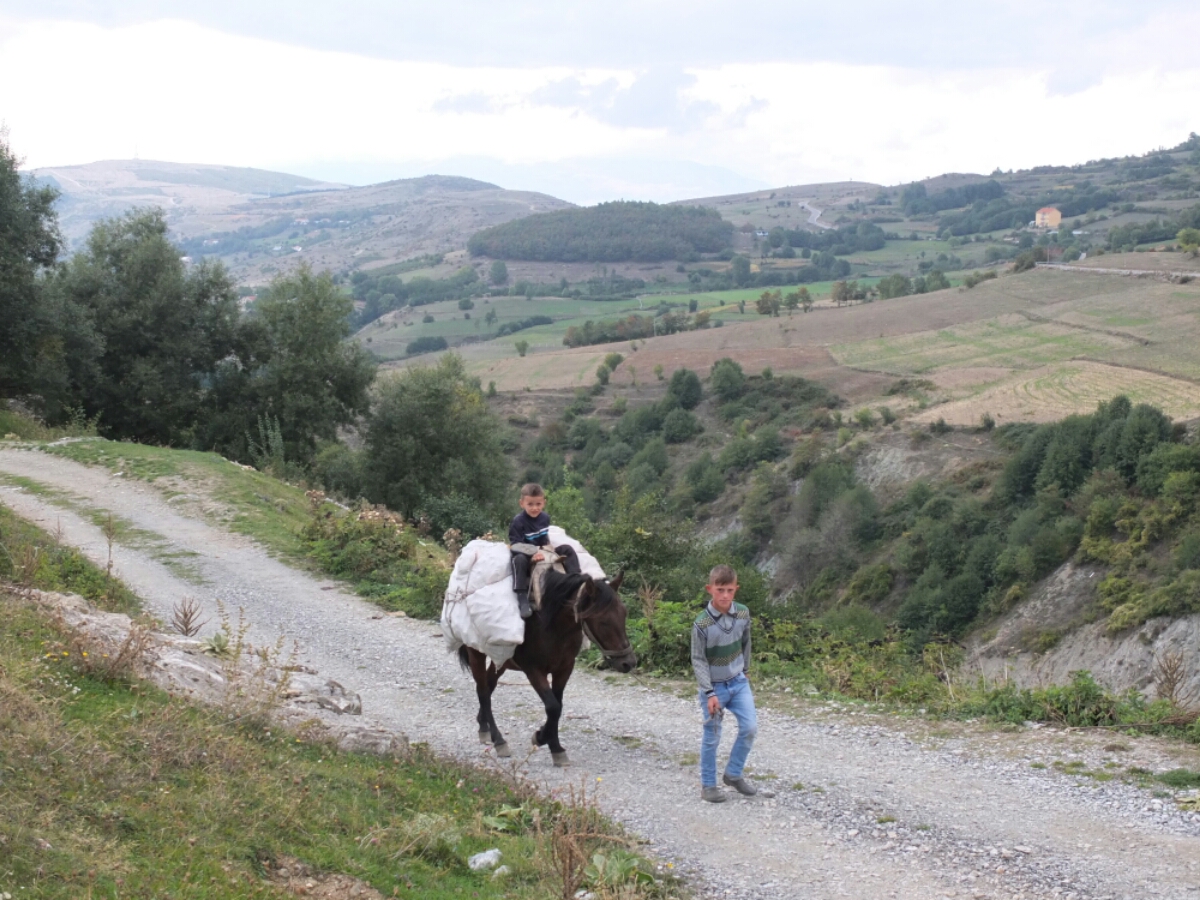 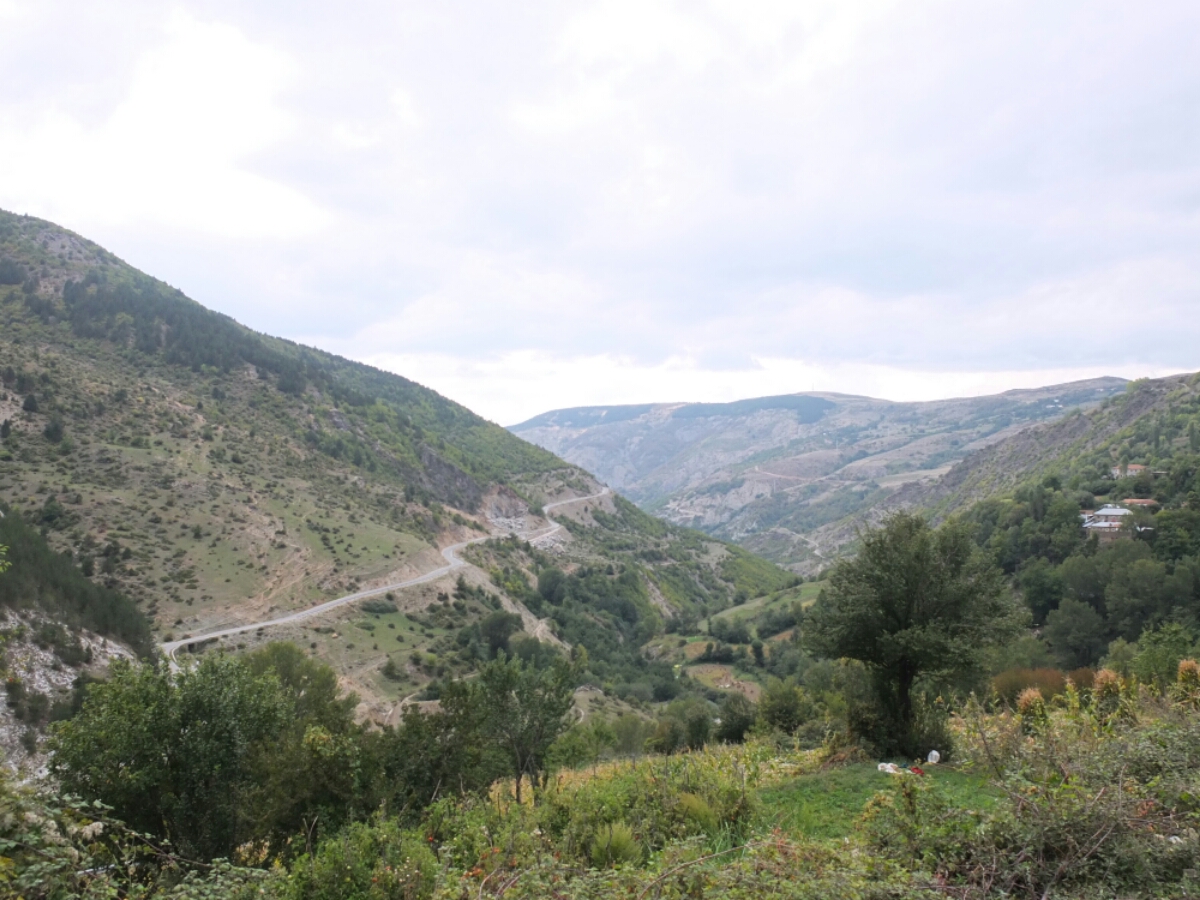 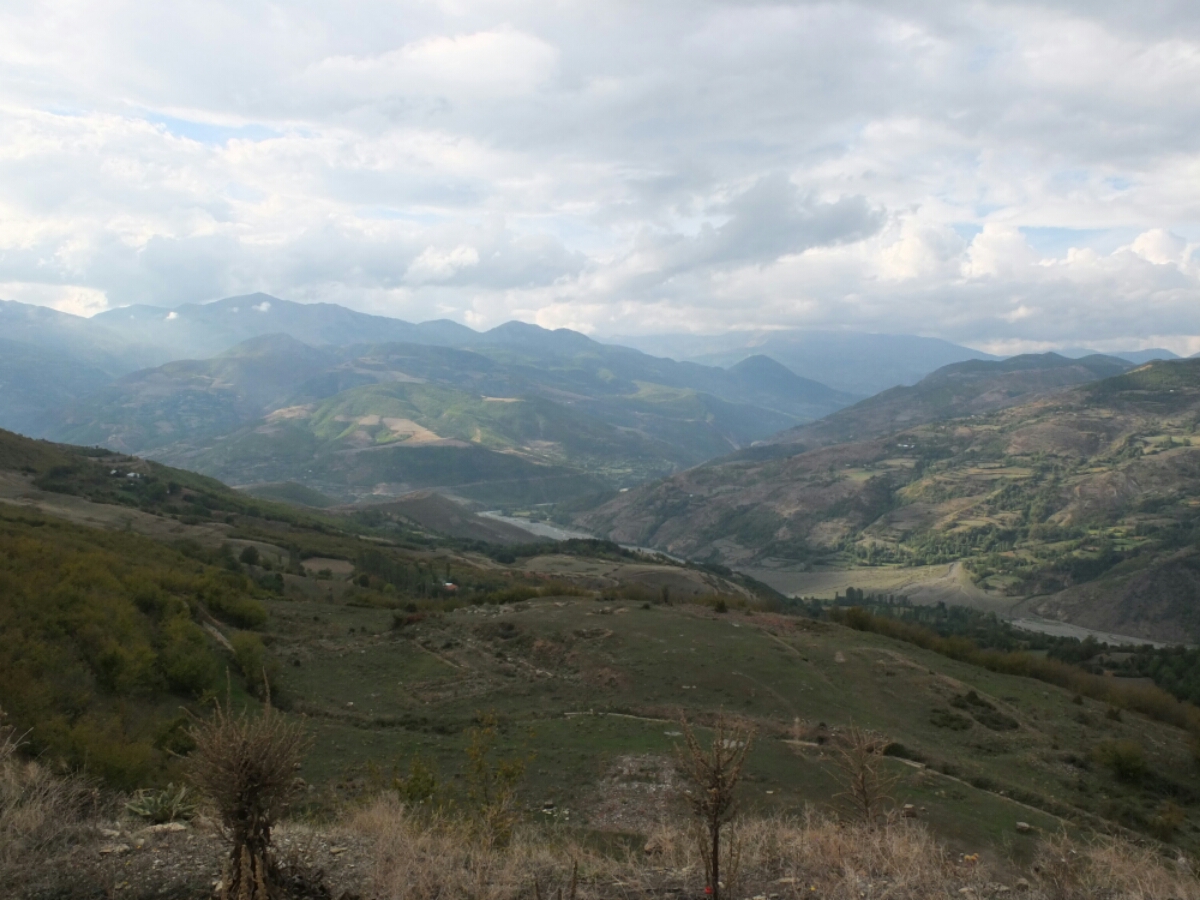 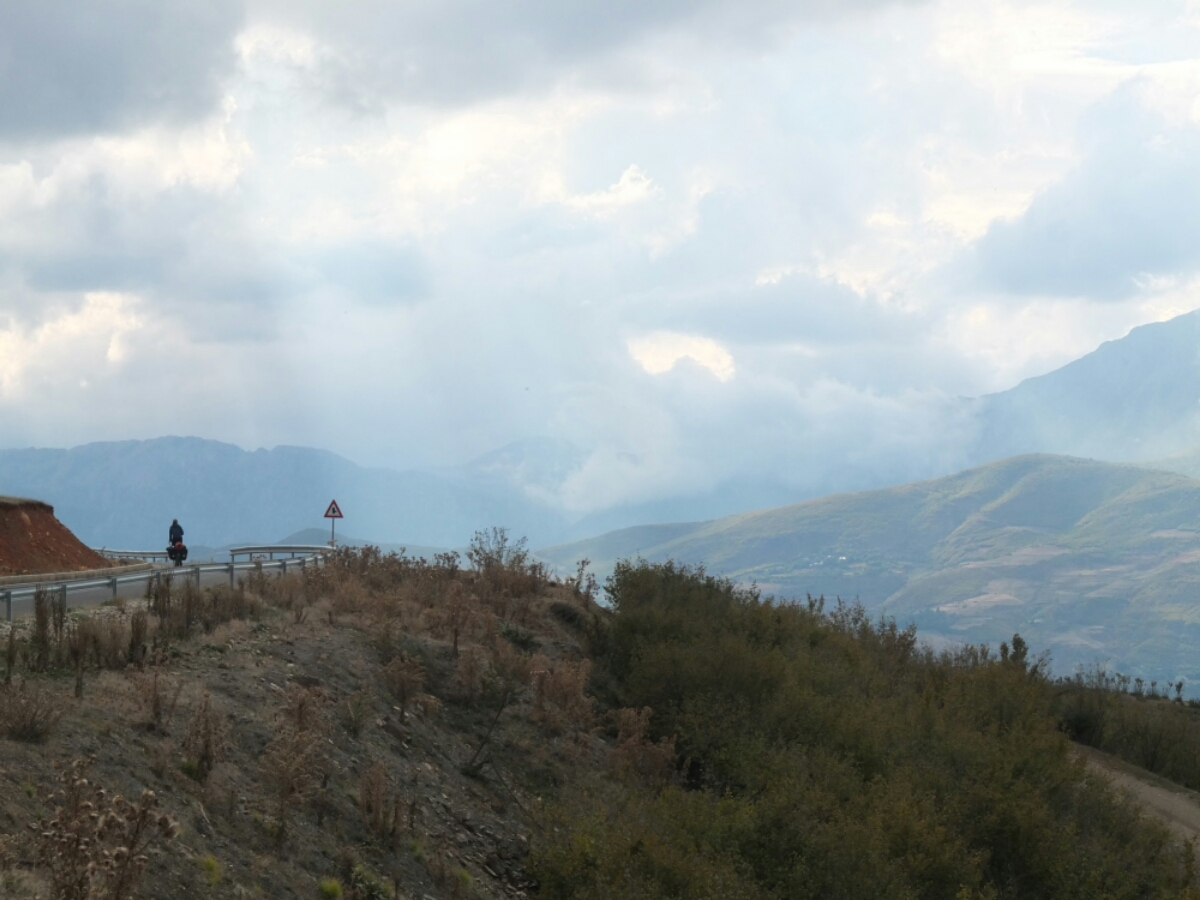 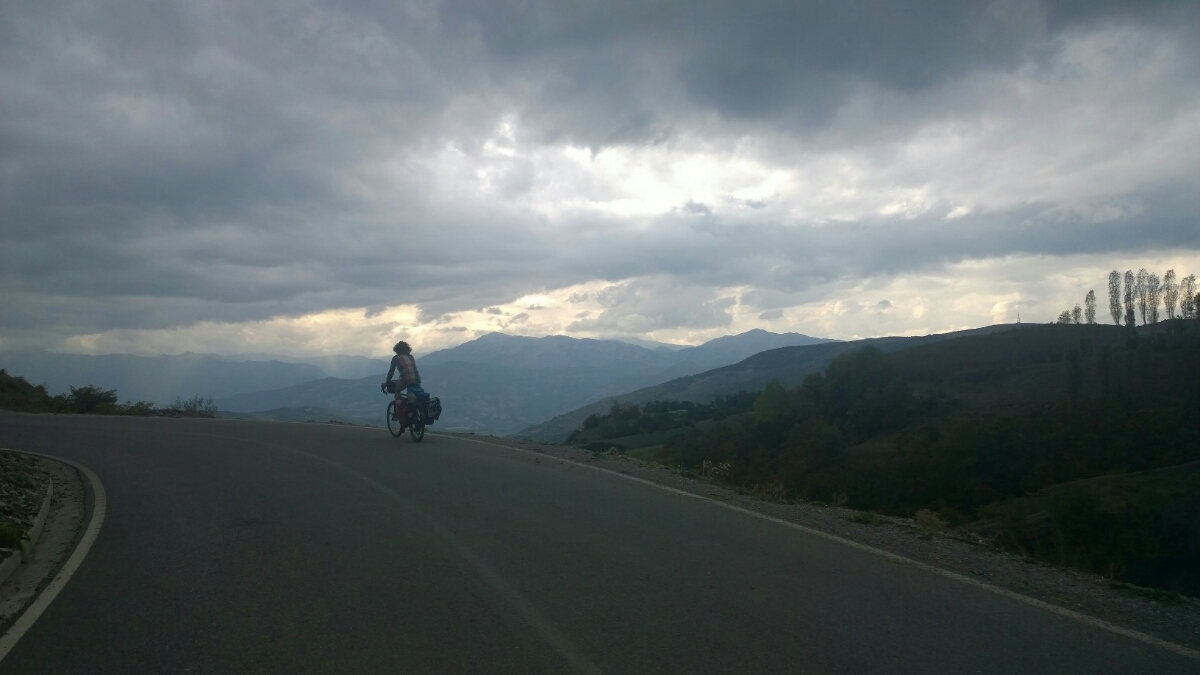 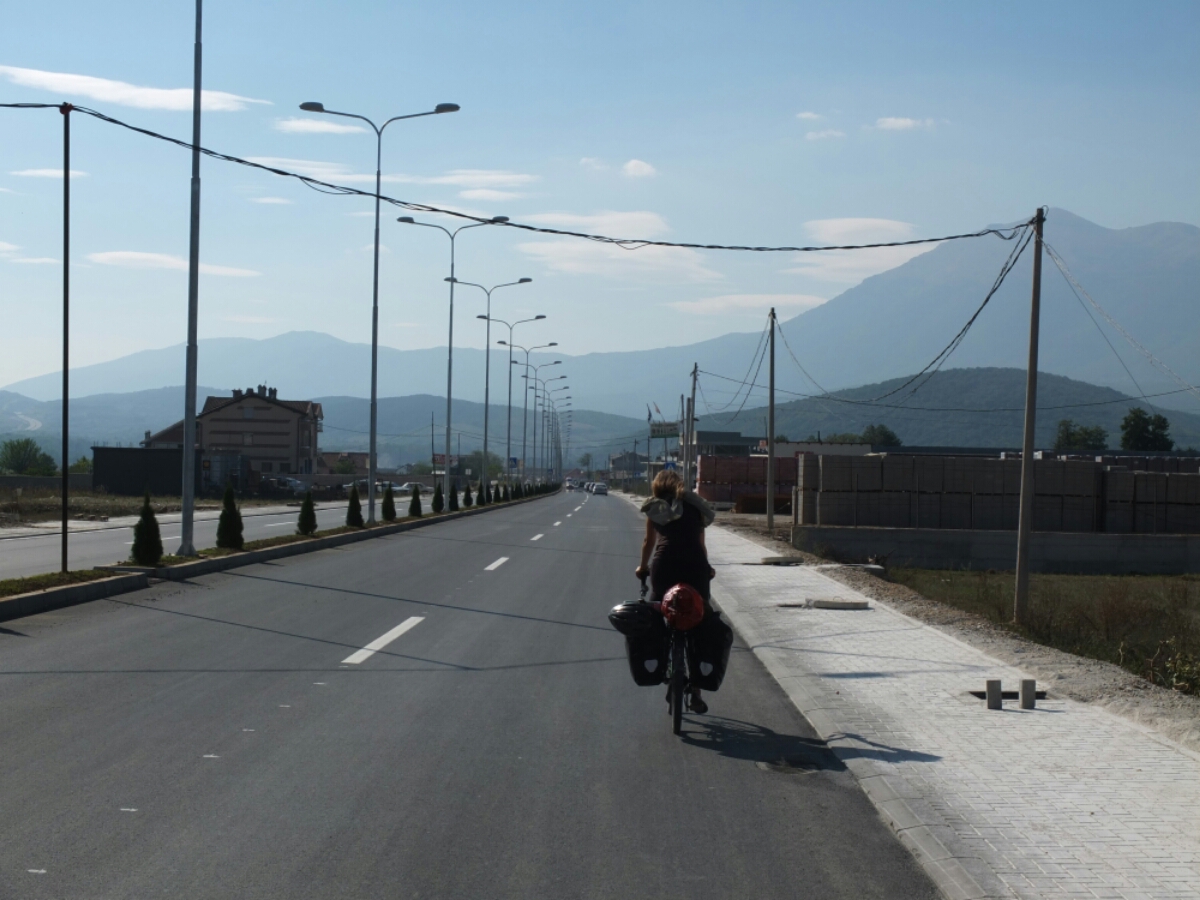 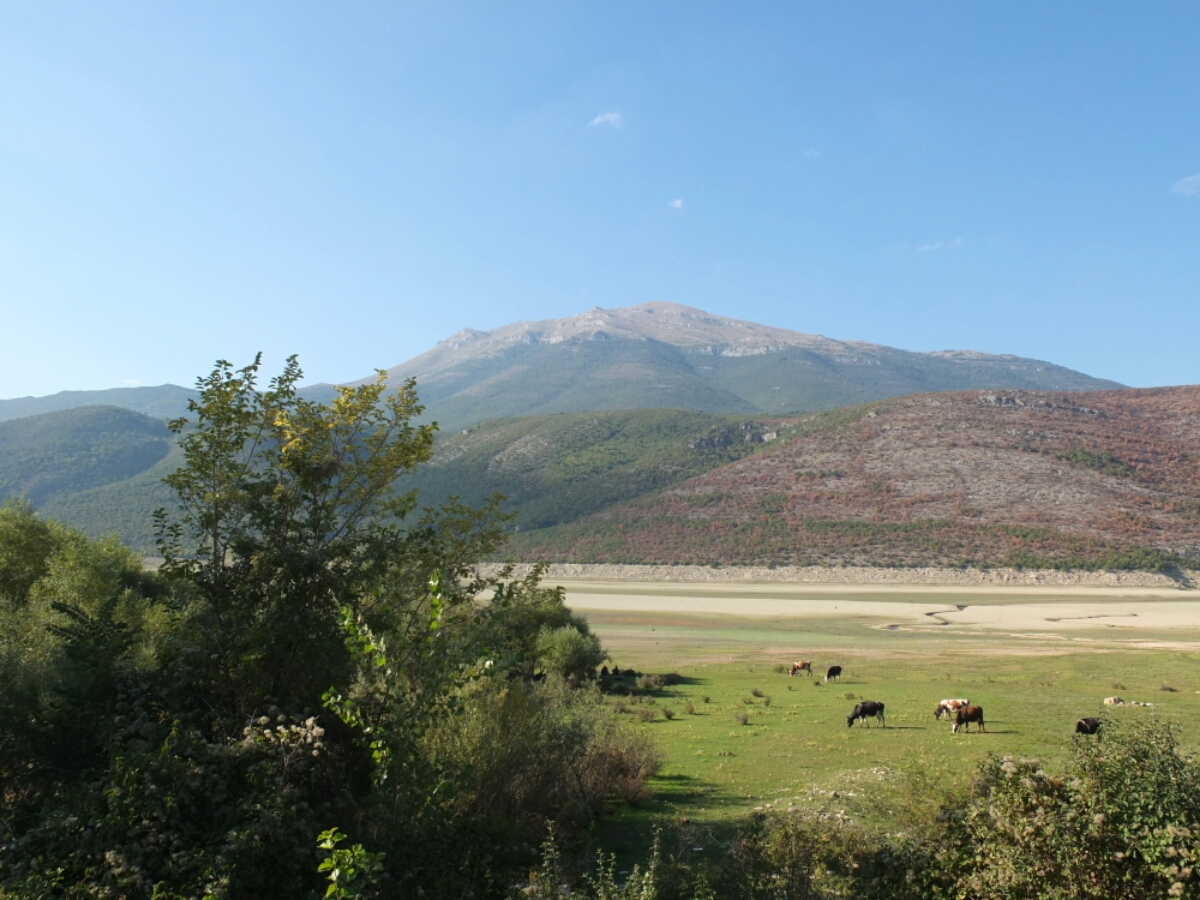 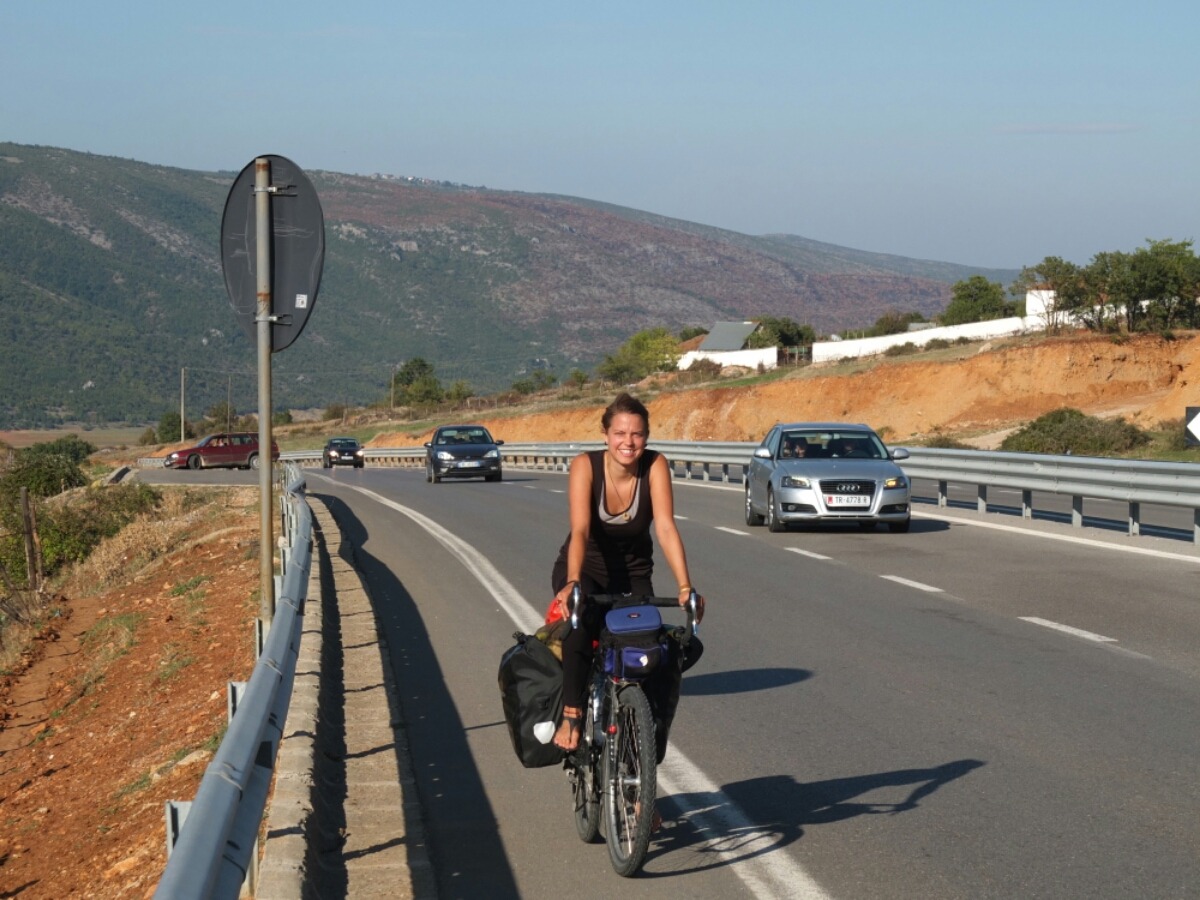 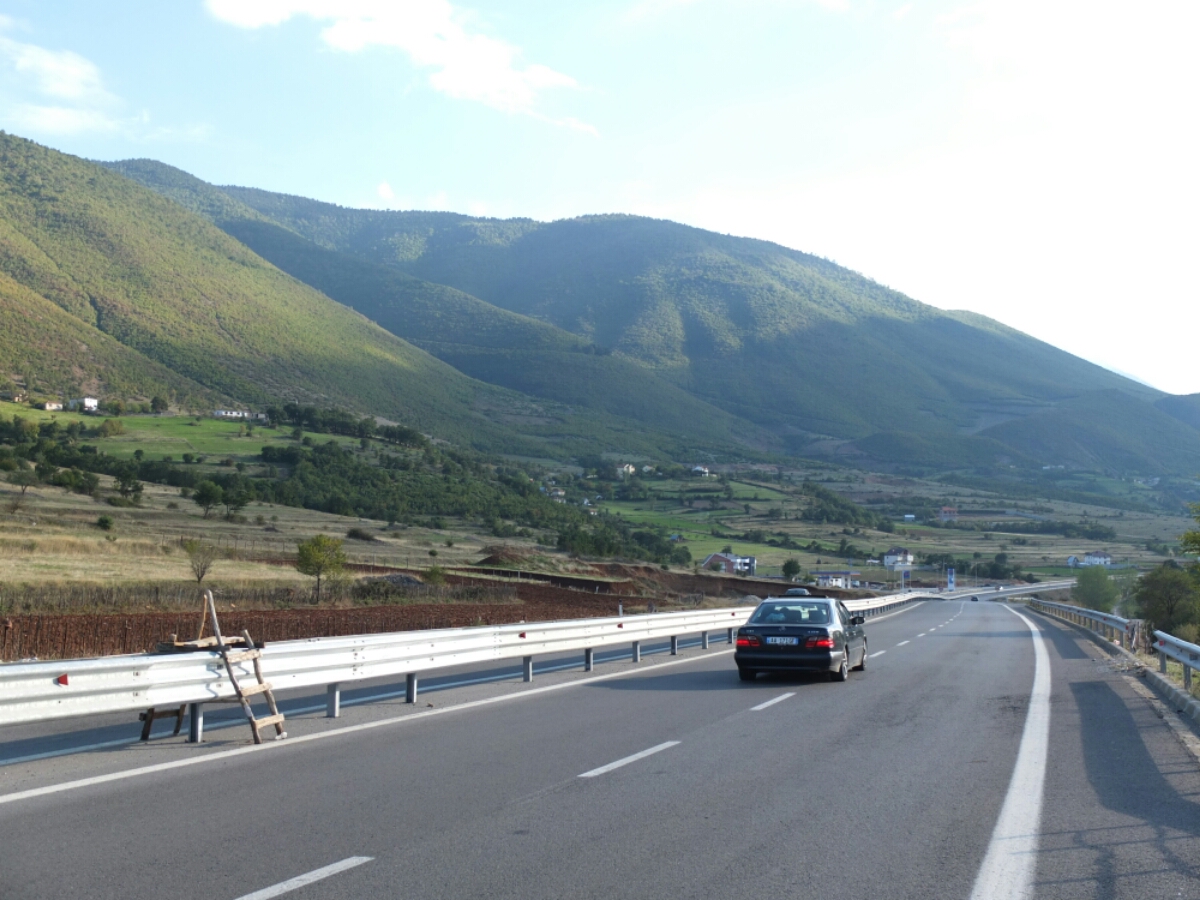 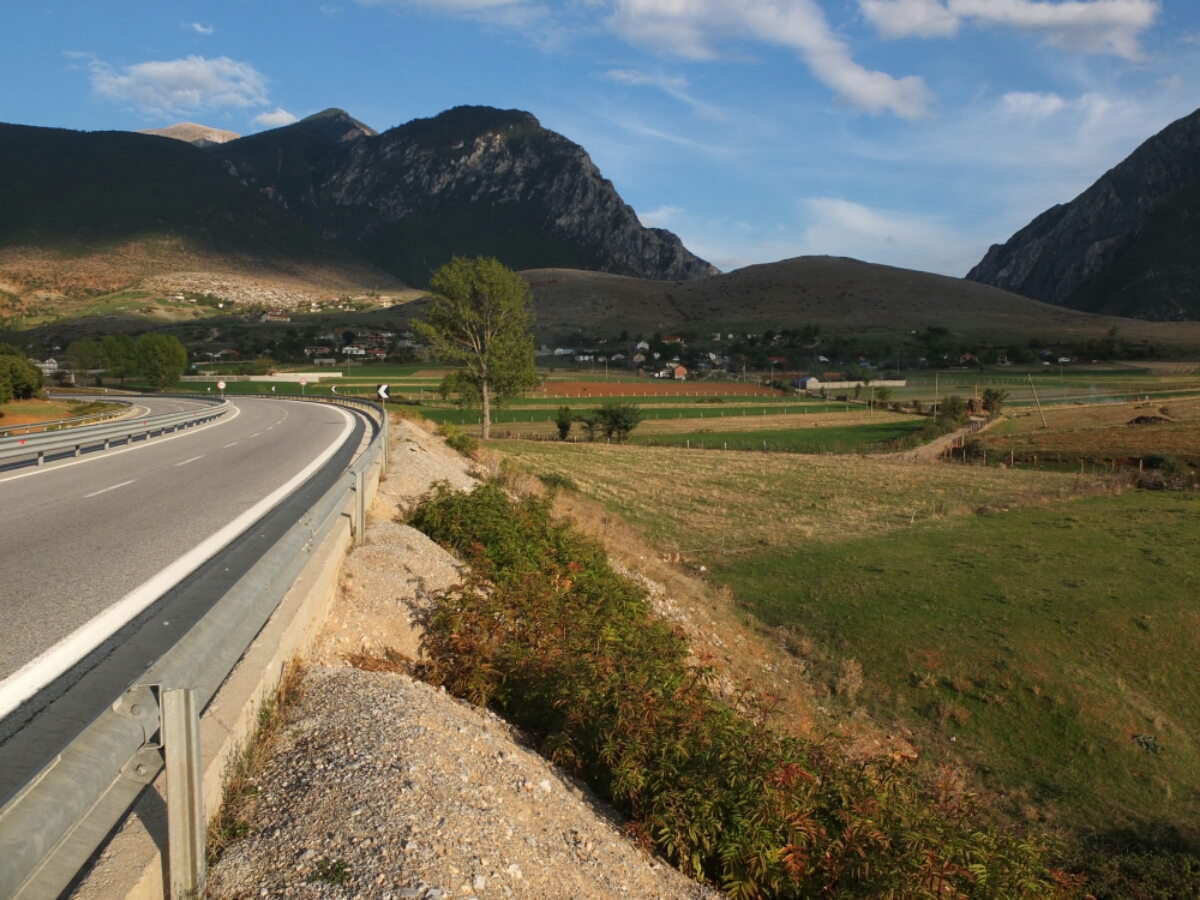 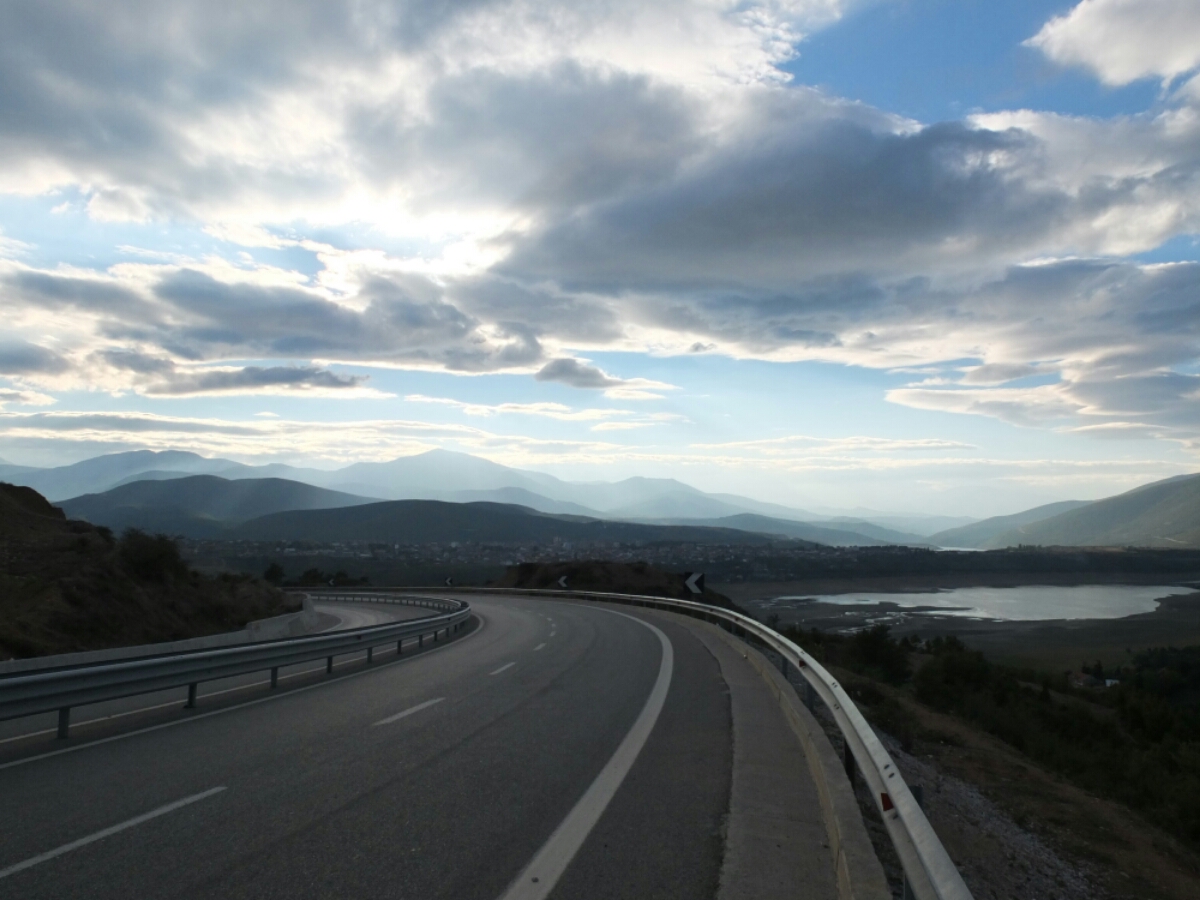 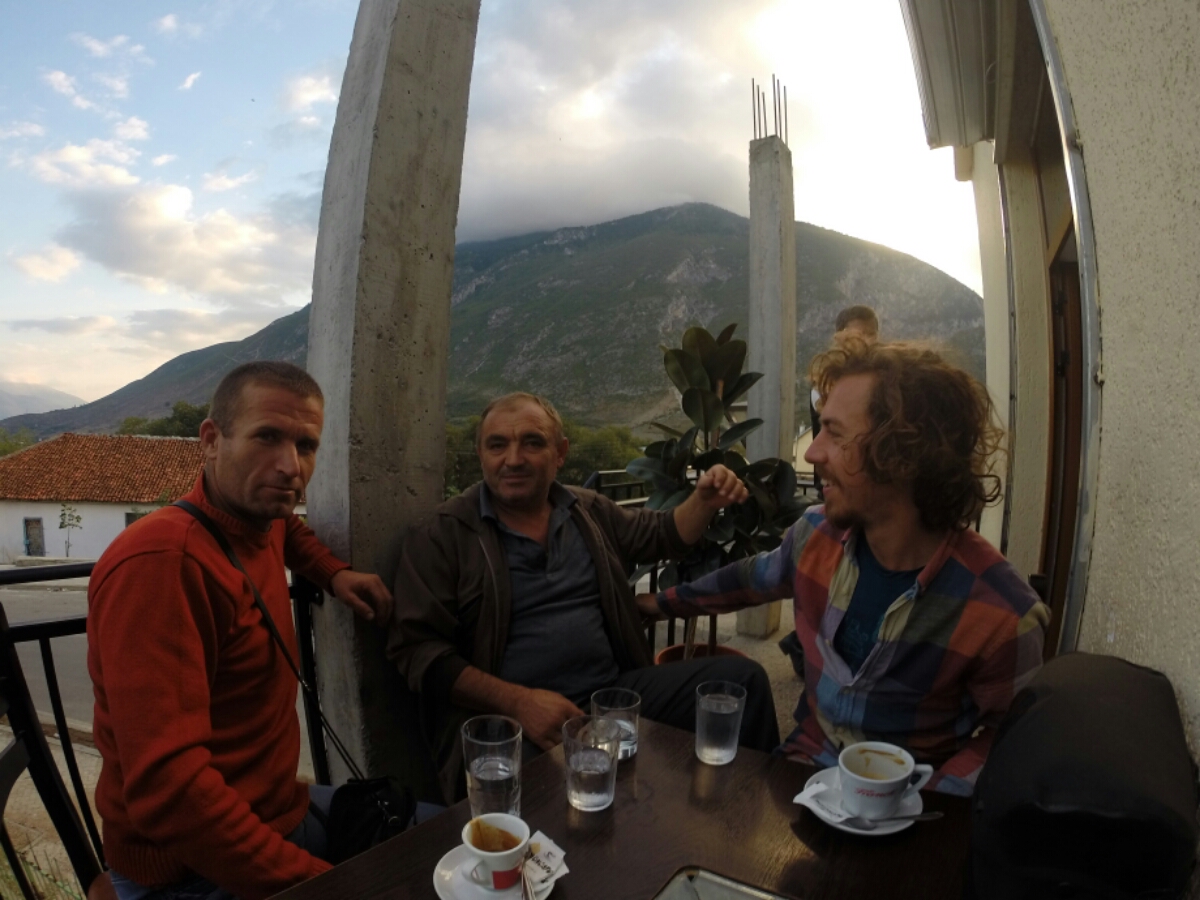